Laura Gallacher, 30, shows off her slender figure in chic dungarees as she cosies up to husband Russell Brand, 42, on romantic stroll in West Hollywood

Laura Gallacher, 30, shows off her slender figure in chic dungarees as she cosies up to husband Russell Brand, 42, on romantic stroll in West Hollywood

They are blissfully happy as newlyweds after tying the knot five months ago.

And Laura Gallacher cosied up to her famous husband Russell Brand as they enjoyed a low-key romantic day out in West Hollywood, California on Saturday.

The lifestyle blogger, 30, showed off her slender figure in her dungarees worn over a T-shirt while the comedian, 42, went for an edgy vibe in his leather biker jacket.

The married pair looked closer than ever as they stepped out stylishly in sync, both lovers donned trendy sunglasses for the outing.

Laura swept her golden locks off her face into a messy bun to best show off her natural beauty. 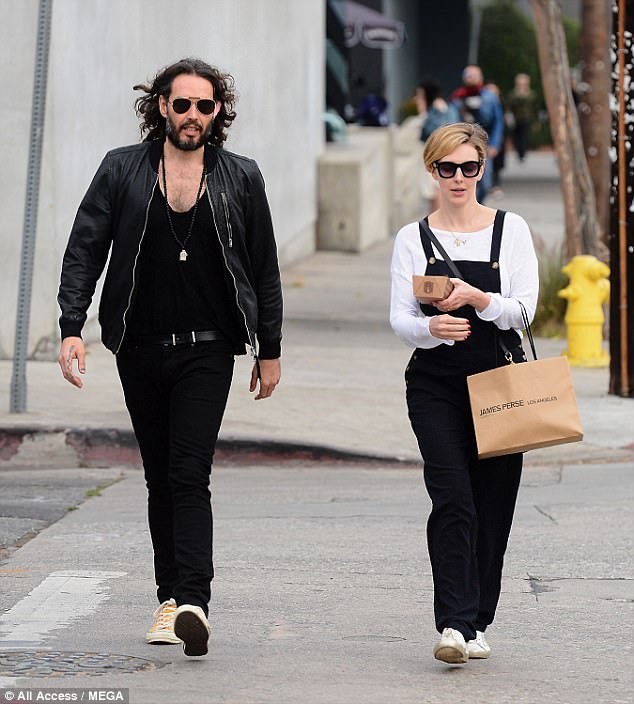 Russell sashayed down the street in canary yellow trainers which added a pop of colour to his all-black ensemble.

It was a successful day out as the mother-of-one toted a James Perse shopping bag and the leftovers of her lunch from Gracias Madre in a takeaway box.

The lovebirds were taking some time off parenting duties as they devoted the day to spending time with each other as a couple. 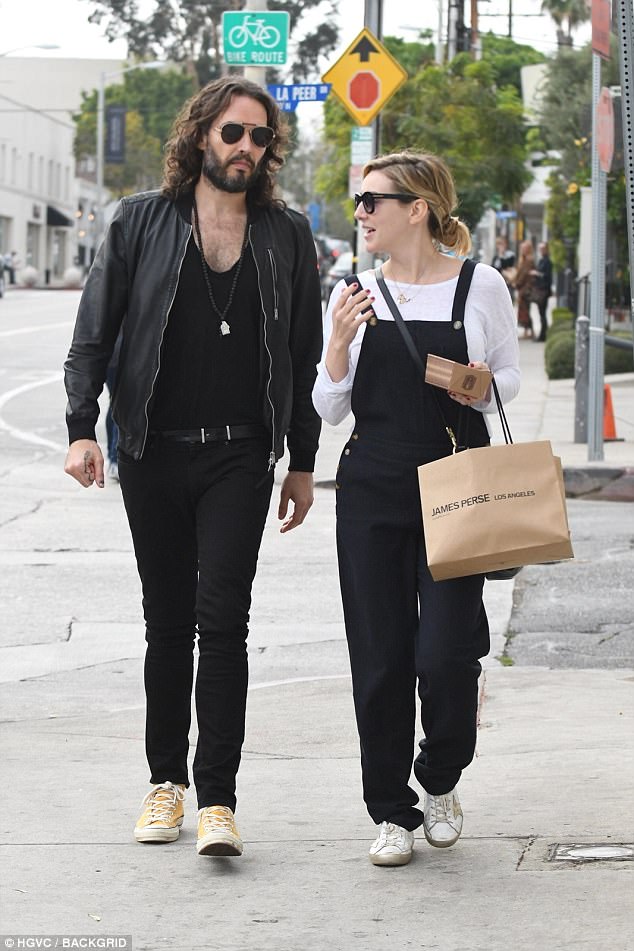 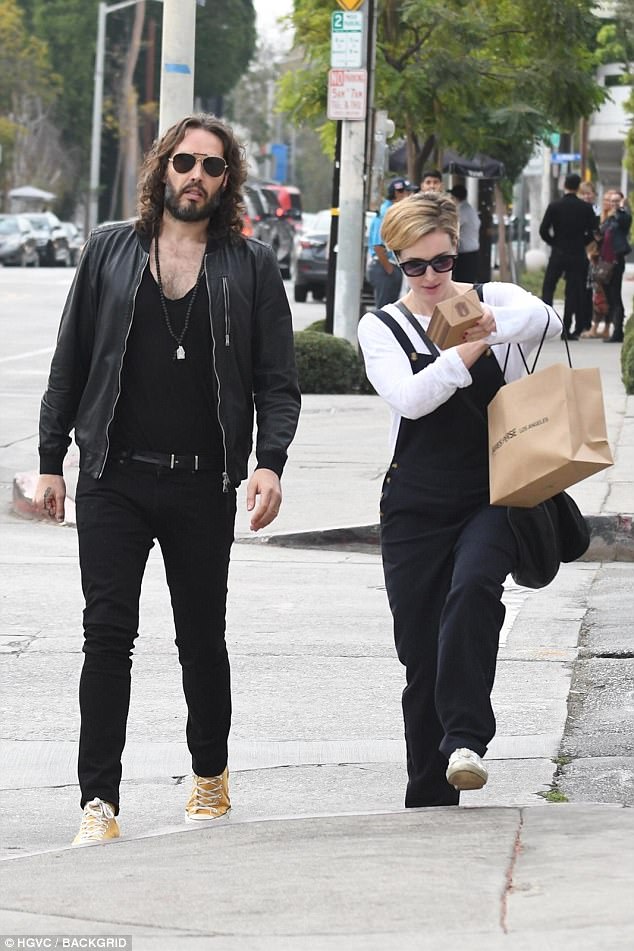 Russell first hinted he was expecting a child with his Scottish girlfriend in July 2016 and Laura welcomed one-year-old Mabel into the world in November 2016.

They married in a romantic ceremony in Henley-on-Thames in August 2017 with the great and good of showbiz watching including Noel Gallagher and David Baddiel.

In October, the comedian revealed his ‘brilliant’ wife isn’t interested in his fame and he claimed she would rather he ‘picked up the dog’s poo’.

‘My life has changed so much. My wife is brilliant. She doesn’t care about this showing off, I bet she isn’t even watching this!’

He told presenters on This Morning, ‘She’s not interested. She just wants me to pick up the dog poo from the garden.’

Before Laura, Russell first married singer Katy Perry in a Hindu ceremony, near the Ranthambhore tiger sanctuary in Rajasthan in October 2010. 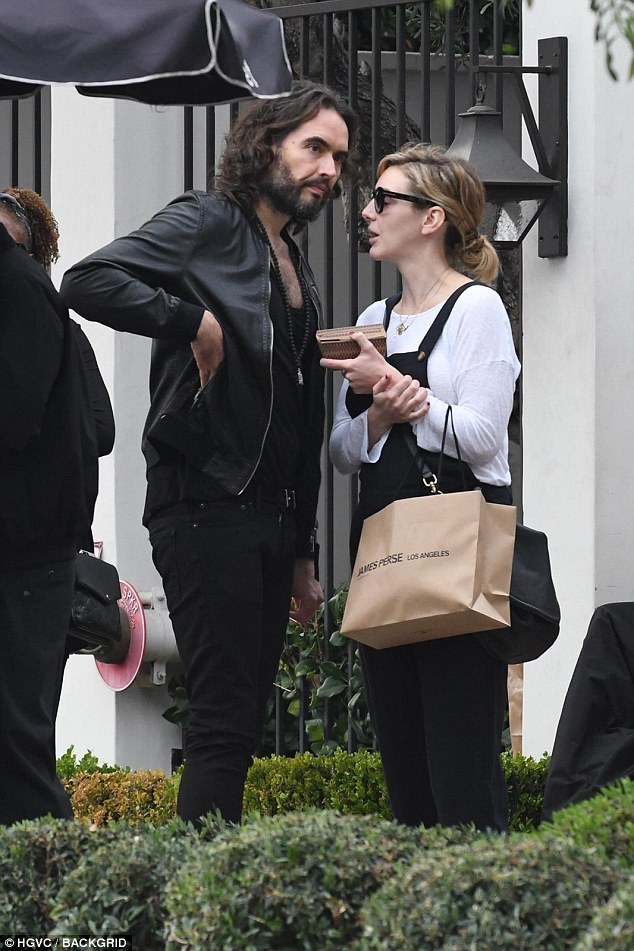 But the hunk soon filed for divorce, citing irreconcilable differences, and it was finalised in July 2012.

In March 2017, he discussed the fall out of their relationship on Conversation on W: ‘I have come away from that experience and I still feel very warm towards her.

‘When I hear about her or see her, I think “Ah, there’s that person, that person in the world”.’