Alanna Baker: The Cirque du Soleil Star who ‘Ran Off with The Circus’

Alanna Baker: The Cirque du Soleil Star who ‘Ran Off with The Circus’

“You wouldn’t fuel a car with the wrong gas. So if you give your body the right fuel, food, the right exercise, you can do whatever you want.”

Ahead of the British debut of Cirque du Soleil’s OVO, performer and choreographer Alanna Baker is telling BBC News that discipline is the key to surviving the show’s intensive touring schedule.

“To me your body is a work of art,” she says. “You should love your body, treat it how you want to be treated. It’s what you have to live in.”

To most of us, having such a carefully regimented diet and exercise plan would be a bit of a chore, but Alanna actively embraces it – as her Instagram feed will tell you.

“Yes it takes time, effort, hard work. Nothing worth having comes easy, if it did everyone would have it,” Alanna says. “So it’s only down to you, no-one else can do it for you… but if you have the desire to be what you want, then you’ll make it.”

Alanna is a dance captain as well as performer with the Canadian entertainment company, a role which sees her help new performers learn the routines.

Being on tour with OVO, which premiered in Montreal in 2009, has taken her around the world – and soon it’ll be coming to Europe.

The show invites the audience into a colourful ecosystem, where insects work, eat, crawl and play together. But their peace is disrupted by a mysterious egg which appears in their midst. (Hence the title – ‘ovo’ is Portuguese for ‘egg’.)

“We like to make the audience feel like they’ve come into this insect world, like it’s a big Bug’s Life,” Alanna says of the immersive show.

“There’s insects in the audience at the beginning, which gets the audience involved early, so there’s no separation between the stage and audience… we like to get that interaction.”

The tour will stop in the UK for an eight-week run in London’s Royal Albert Hall from January – which will be something of a homecoming show for British-born Alanna.

“I saw my first Cirque show when I was eight years-old, in the Royal Albert Hall, and I said to my parents, ‘that’s what I want to do when I’m older’,” she says.

“So to be doing a full circle 18 years later, living my dream of where it first started, is going to be incredible, words can’t even explain.”

Alanna started training in gymnastics when she was five, a hobby she became considerably more serious about as she progressed through school. 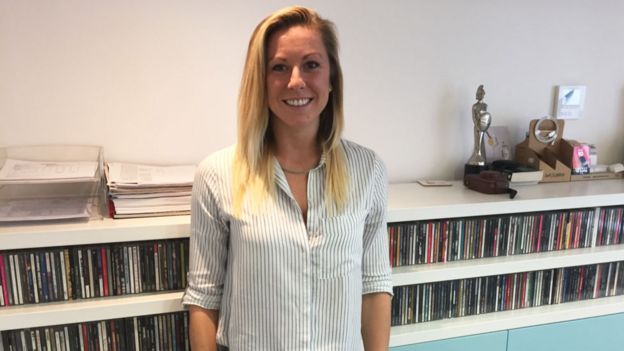 “I started competing for Great Britain, went to the European Championships, where we came first, and then came third in the World Championships in 2012,” she says.

“Then, after I finished competing, I got contacted to join Cirque, and I did a closed audition at my gym in Heathrow.”

Six months after her initial audition, the company asked Alanna if she could travel to Canada to begin training.

“So I went to Montreal, did three months of training with Cirque, and then got offered a contract at the end of it, and then I flew to Australia.

“I ran off with the circus,” she laughs, “literally”. 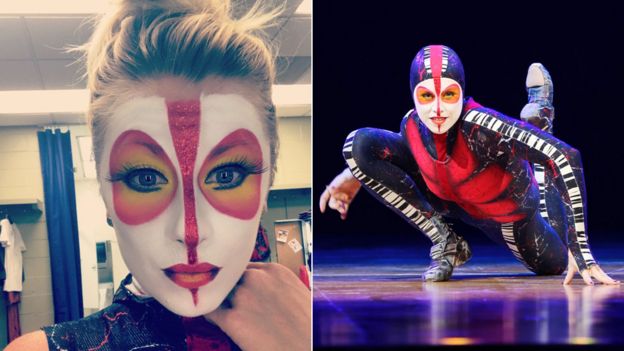 But one aspect of Cirque du Soleil has been called into question in recent years – the safety of its performers.

In 2013, the company was fined after a cast member died during a live show in Las Vegas. Investigators said Sarah Guyard-Guillot fell 28m (94ft) to the floor when a safety wire became detached due to her rapid ascent.

Then, last year, Australian Olympic gymnast Lisa Skinner had to be fitted with a head brace after fracturing a vertebra in a fall during an aerial hoop routine.

Alanna says: “We live in a life where it’s our job, we put our lives at risk every day, it’s going to happen.

“But safety is Cirque’s number one priority. They do safety procedures every week. We have two physios who travel around with us, every city we go to there’s always emergency rescue on site, so they’re really proactive about it all, which is great, and I feel super safe.

“And if there’s any time you don’t feel safe, you tell them. And then you either don’t do it, or they’ll change it, or they make it work.

She adds: “That’s always been the case, but maybe things have now gotten more strict since that [2013] incident.

“But you know, it’s the life we live, things are going to happen, life is horrible sometimes. Some things you cannot control. When we do the things we do, it’s part of our job.”

There’s certainly no questioning Alanna’s dedication to her job – and she takes pride in the fact her route to success hasn’t been a traditional one.

“To those people that said: ‘Oh you need a degree to do well in life’, you don’t – if there’s something you want to achieve, then do it, fulfil it. Yes it takes time, but if you believe in it, it will happen.”