Star Wars spin-offs are landing in a galaxy near you, with Obi-Wan Kenobi said to be next in line.

Yoda and bounty hunter Boba Fett could also get their own prequels, and there’s even chatter on fan sites about a Jabba the Hutt film. Who knows what he might have looked like when he was younger…

But are we reaching saturation level with all these prequels and spin-offs?

Billy Elliot director Stephen Daldry is said to be poised to take on the Obi-Wan film, although it hasn’t had the green light yet.

“Talks are at the earliest of stages and the project has no script,” the Hollywood Reporter said. 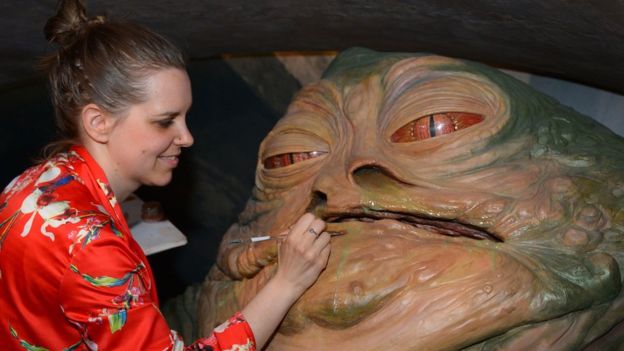 But the prospect of an Obi-Wan movie has, not surprisingly, caused a flurry of social media excitement.

Not everyone is entirely delighted, though, with some fans questioning whether the world needs more revivals of old characters.

Star Wars films are, of course, box office and social media gold, feeding fans’ love of nostalgia, along with their appetite for anything related to the franchise.

Last year was all about the much-anticipated prequel Rogue One starring Felicity Jones, and in December the next Star Wars film The Last Jedi is released. Ron Howard’s Han Solo spin-off movie is due out next May.

A film about Obi-Wan would add to what is already a fairly crowded market. So will the Force be with it? (sorry, couldn’t resist). 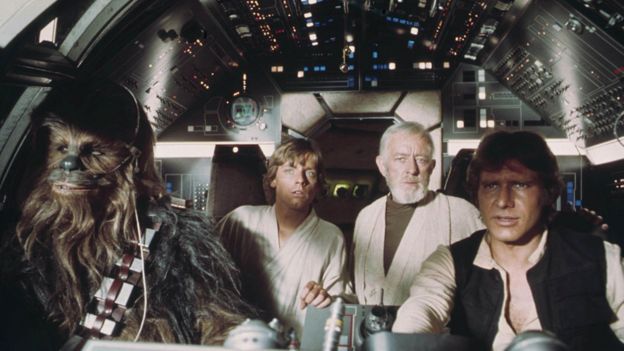 Originally portrayed by Sir Alec Guinness, a younger Obi-Wan was played by Ewan McGregor in the first three prequels.

But although the enigmatic Jedi was key to the story and a crucial father figure for Luke Skywalker, does he honestly merit a standalone film? 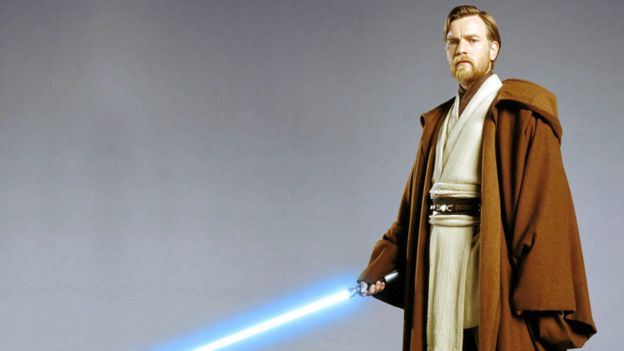 Film critic Rhianna Dhillon has reservations about an Obi-Wan spin-off, not least because Ewan McGregor has already starred as him in three prequels.

“When he did it, it was not the best of him – frustratingly, it was a wasted opportunity. We’ve had him three times already, and it now feels like flogging a dead horse,” she told the BBC.

As for the possibility of McGregor reprising his role, she’s not sold, declaring: “He’s had his day, unfortunately.” 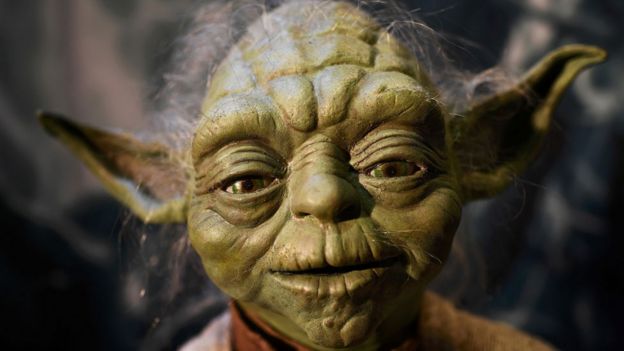 Dhillon is way more positive about Rogue One, which starred Felicity Jones as part of a rebel group battling to steal the plans for the destructive Death Star.

“An Obi-Wan Kenobi film would be much more character-driven,” she adds. “If Daldry does become the director, he’s known for human dramas, so it’s likely to be slower, more methodical, more philosophical.” 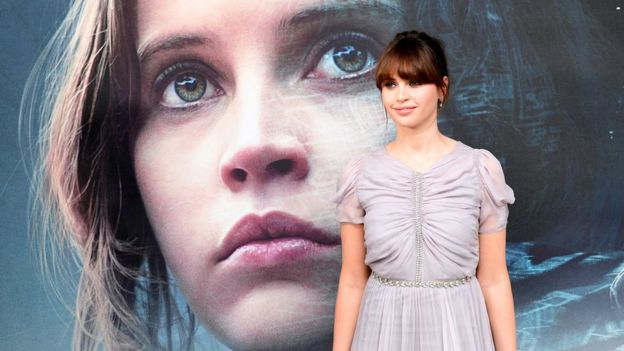 Dhillon thinks the Han Solo spin-off is a better bet as “he’s got attitude, he’s more fun, there’s more scope around his character”. 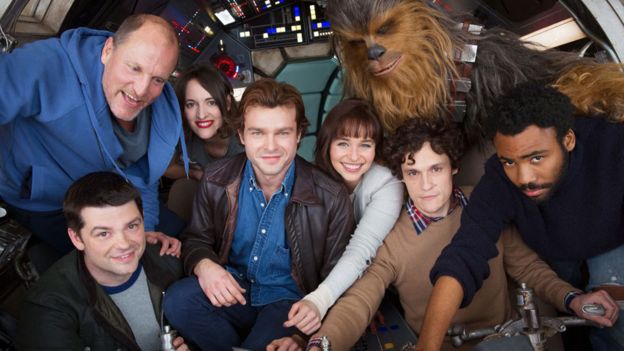 But she’d really like to see some more new characters rather than reviving old ones. “It’s braver to have a brand new character – what about another Rey? [played by Daisy Ridley in The Force Awakens]. Why not get behind someone else?”

She adds that she doesn’t think Sir Alec can be bettered.

“He was the pinnacle of what the whole universe centres around – he nailed that – he was also the only one to get an Oscar nomination, which says it all. Why keep trying?” 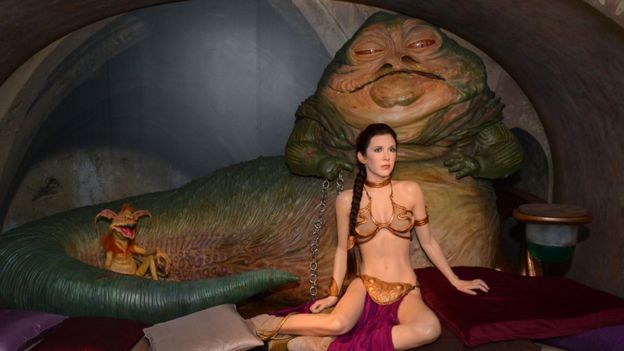 Film journalist Helen O’Hara says she doesn’t object to films about Obi-Wan and maybe Yoda – but she balks at the idea of Jabba the Hutt getting his own film.

“He’s a horrible space slug,” she says, adding: “He’s such an unattractive character, so I don’t see why anyone would want to make a film about him.”

For anyone who hasn’t seen Return of the Jedi, Jabba the Hutt is a crime lord who captures Princess Leia, forces her to wear a gold bikini and keeps her chained up next to him. She gets her revenge by strangling him with his own chain, but you get the idea.

O’Hara is “all for the idea of more Star Wars films”, saying it’s a “fascinating universe to explore, there’s lots you can do with it”.

Saying that, she’s not keen on a Boba Fett spin-off either. 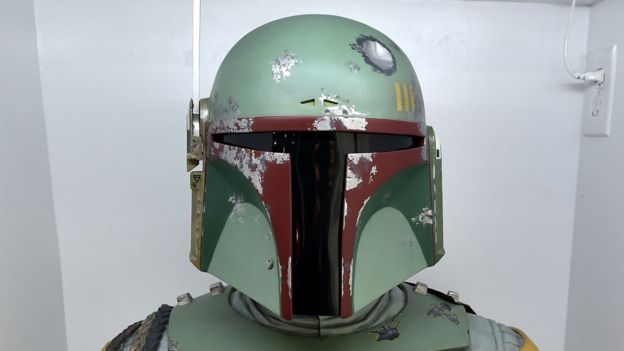 “Fans are obsessed with him because they remember the [70s and 80s] toy of him had a jetpack,” she says.

The bounty hunter worked for both Darth Vader and Jabba the Hutt – and let’s face it, neither of these look very good on his CV.

“I don’t see the point in exploring his life story,” she adds.

She also makes the point that Marvel has taken a very successful approach to spin-offs.

“They’re all different in tone – they’re sci-fi, thrillers, comedies – they’re aware of the need to mix it up,” she explains. 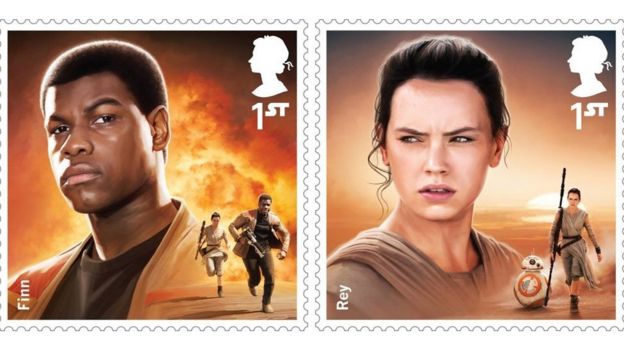 The Star Wars film-makers are aware of the importance of varying the tone, she believes, adding that the Han Solo film is likely to be more of a “comedy, a caper, a heist movie”, while Rogue One was a “war movie”.

She says: “Personally I think there’s only so far they can go with big-budget spin-off films from the Star Wars universe.

“Obi-Wan feels like flogging a dead horse, Jabba the Hutt, though he can fill a screen, can’t fill a whole movie plotline.

“As far as the cinema experience goes, they’ve drawn us into a whole new world of wonderful new characters [played by Daisy Ridley and John Boyega] and I just wish they’d get on with telling those stories well.”

She loved Rogue One, however. “What really worked about it was that it felt like a self-contained story and it wasn’t essential to have a fan’s in-depth knowledge of Star Wars, you could appreciate it as a cinematic spectacle in itself.”

And Emma Jones hails Felicity Jones and Daisy Ridley, who played Jyn and Rey, as the new stars of the franchise.

“I’d be particularly excited to see what [producer] Kathleen Kennedy could come up with in terms of new female action heroines.

“Jyn and Rey truly transformed the female landscape in terms of blockbusters.”

When Disney bought Lucasfilm and the rights to make more Star Wars films for more than $4bn, some wondered whether it was a wise purchase. Now, after the success of The Force Awakens and Rogue One, it’s looking like something of a bargain.

The two films made over $3bn at the box office. DVD/Blu-ray sales and merchandising will have swelled that total by hundreds of millions more.

Disney naturally wants to keep exploiting the huge popularity of Star Wars. They are able to keep doing that on two fronts. The episodic Saga films, which follow on directly from the original trilogy, are likely to continue for some time.

But the breadth of the Star Wars universe means they can also keep making an impressive range of standalone films that concentrate on favourite characters or events. As long as they keep making money, more will follow.

It’s not dissimilar to what the company has done elsewhere. Thanks to advances in computer-generated imagery, it’s been able to revisit in different ways existing parts of the Disney empire – most notably the hugely successful live action remakes of The Jungle Book and Beauty and the Beast, with Aladdin, The Lion King and more on the way.