He paid tribute to his father’s “exceptional and impactful life as a media and cultural pioneer,” and called him an advocate for free speech, civil rights and sexual freedom.

Hugh Hefner, American founder of the international adult magazine Playboy, has died at the age of 91.

Playboy Enterprises Inc said he passed away peacefully at home in Los Angeles, from natural causes.

Hefner began publishing Playboy in his kitchen in 1953. It became the largest-selling men’s magazine in the world, shifting seven million copies a month at its peak.

Cooper Hefner, his son, said he would be “greatly missed by many”.

Hefner’s trailblazing magazine helped make nudity respectable in mainstream publications, despite emerging at a time when US states could legally ban contraceptives.

It also made him a multi-millionaire, spawning a business empire that included casinos and nightclubs.

The first edition featured a set of nude photographs of Marilyn Monroe originally shot for a 1949 calendar that Hefner had bought for $200.

The silk pyjama-clad mogul became famous for his hedonism, dating and marrying Playboy models, and throwing decadent parties at the luxurious Playboy mansion in Los Angeles.

Hugh Hefner – silk pyjamas and all – was a character who divided America.

Was he really the godfather of the sexual revolution, or just a dirty old man?

A louche purveyor of corrupting smut, or an enlightened publisher of contemporary literature?

Feminists, and others, accused him of reducing women to sexual objects – if not de facto prostitutes – at the Playboy mansion.

But then there was also his support for racial integration and gay rights, along with a hefty dollop of great writing and agenda-setting interviews.

In short, he was a character more complex than tabloid editors allowed.

And in terms of sexual mores his early permissiveness – daring or shocking depending on your taste – now seems, if not quite quaint, then certainly not unusual.

In that respect Hugh Hefner was ahead of his time, for good or ill.

He claimed to have slept with more than 1,000 women, and credited the impotence drug Viagra with maintaining his libido.

“I am a kid in a candy store,” Hefner famously said. “I dreamed impossible dreams, and the dreams turned out beyond anything I could possibly imagine. I’m the luckiest cat on the planet.”

From 2005-10, a reality TV show called “The Girls Next Door” showcased Hefner’s libertine lifestyle – and the harem of young blonde women who shared it. 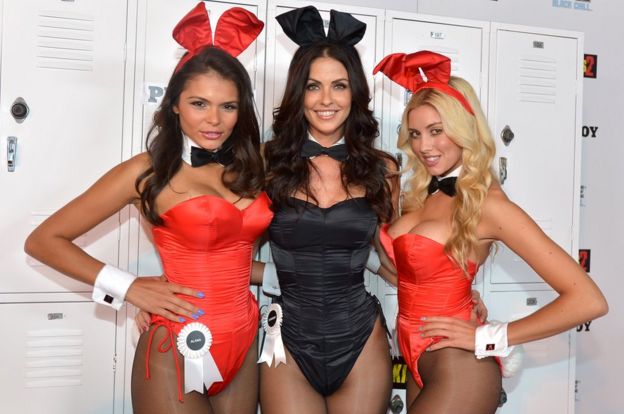 Though critics saw Playboy as a byword for sleaze, its founder – who was born into a strict Methodist family – never shared that view.

“I’ve never thought of Playboy quite frankly as a sex magazine,” Hefner told CNN in 2002. “I always thought of it as a lifestyle magazine in which sex was one important ingredient.” 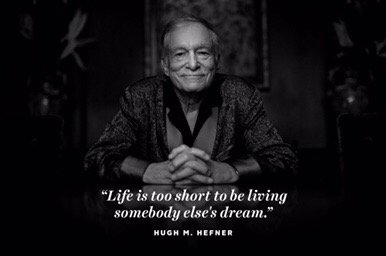 Hefner faced obscenity charges in 1963 for publishing and distributing Playboy, but the jury was unable to reach a verdict.

Their contributions allowed men to say they did not buy the magazine only for the pictures.

US President Donald Trump appeared on the cover in March 1990, with the tag-line: “Nice magazine, want to sell it?” 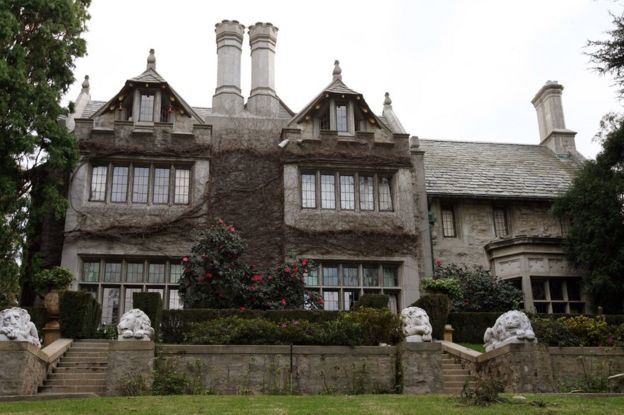 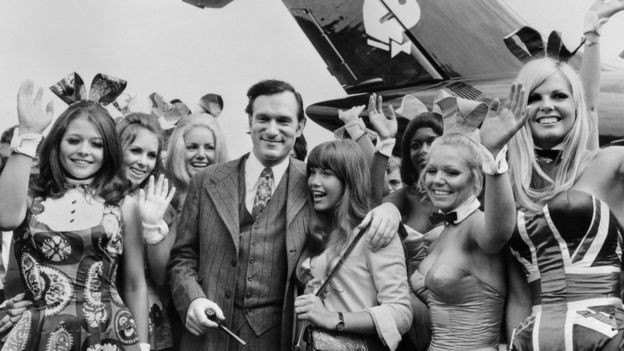 In the 1980s, competition from publications carrying more explicit photos saw Playboy’s circulation decline, and Hefner himself suffered a stroke in 1985.

His daughter Christie took over Playboy Enterprises four years later, and Hefner retreated to his mansion, living with a bevy of women. Cooper Hefner took on a major role in the company in 2014 after Christie stepped down in 2009.

The magazine decided to scrap nudity in March 2016, but reversed its decision earlier this year.

A neighbour of Hefner’s in August last year bought the Playboy mansion for $100m, but agreed Hefner could continue to live there until he died.

Born in 1926 in Chicago, Hefner served in the US Army in the mid-1940s. He graduated with a degree in psychology and worked as a copywriter for men’s magazine Esquire before borrowing $8,000 to start Playboy in 1953. 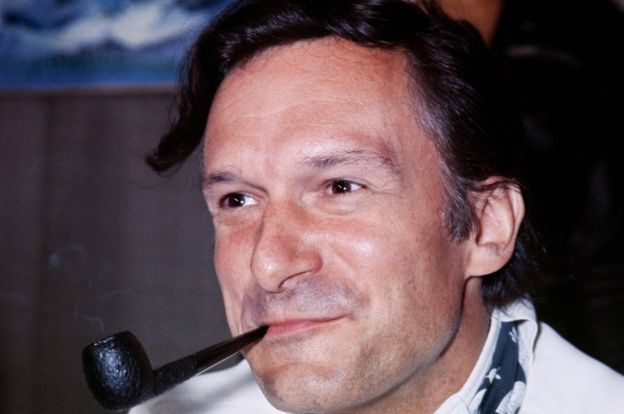