Sampha, the south London singer-songwriter who for a long time was better known as a guest vocalist on other people’s songs, has won one of the UK’s most prestigious music prizes.

The artist, full name Sampha Sisay, won the Hyundai Mercury prize for his critically acclaimed debut album Process. At the ceremony, Sampha performed, to silence then wild cheers (No One Knows Me) Like the Piano, which, for emotional types, was one of the most heartbreaking and beautiful singles of the year.

Afterwards, he said it was an amazing feeling to win. “It’s taken me quite a while to feel like I was emotionally stable enough to write my own record and people have just been incredibly lovely and understanding … it feels like a weight off my shoulders.” 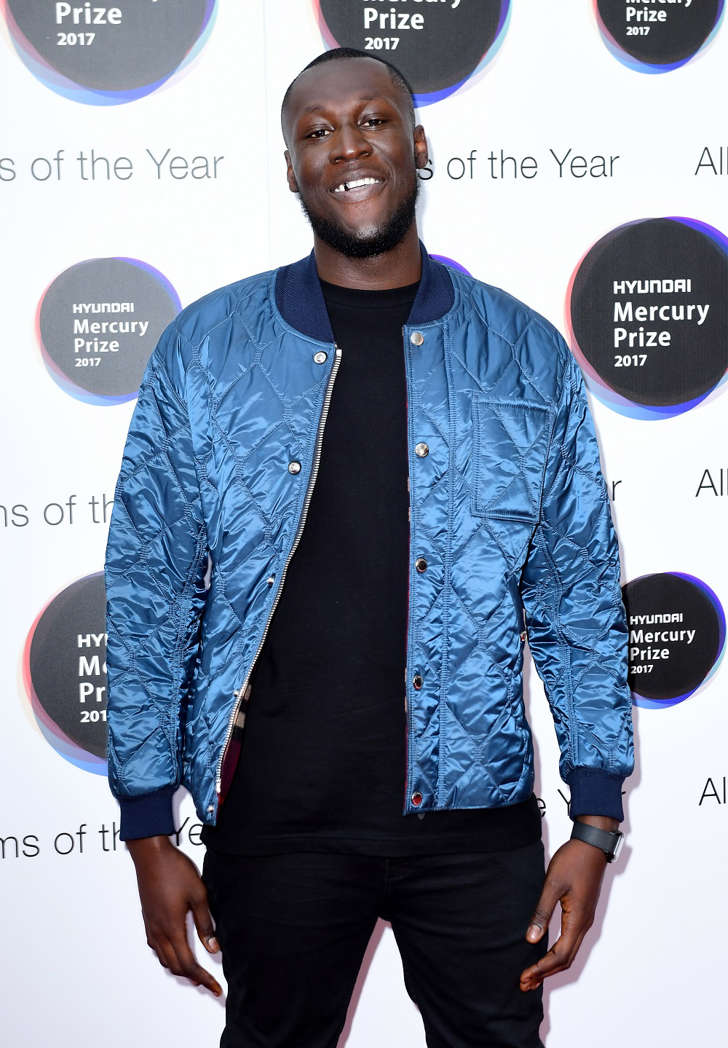 Sampha’s gorgeous, distinctive, soulful voice has appeared on songs by some of the biggest names in US hip-hop and R&B including Beyoncé, Drake, Solange and Kanye West.

But it has taken some time for the 28-year-old to blossom into a notable recording artist in his own right, with an album heavily influenced by the death of his mother from cancer and fears for his own health. 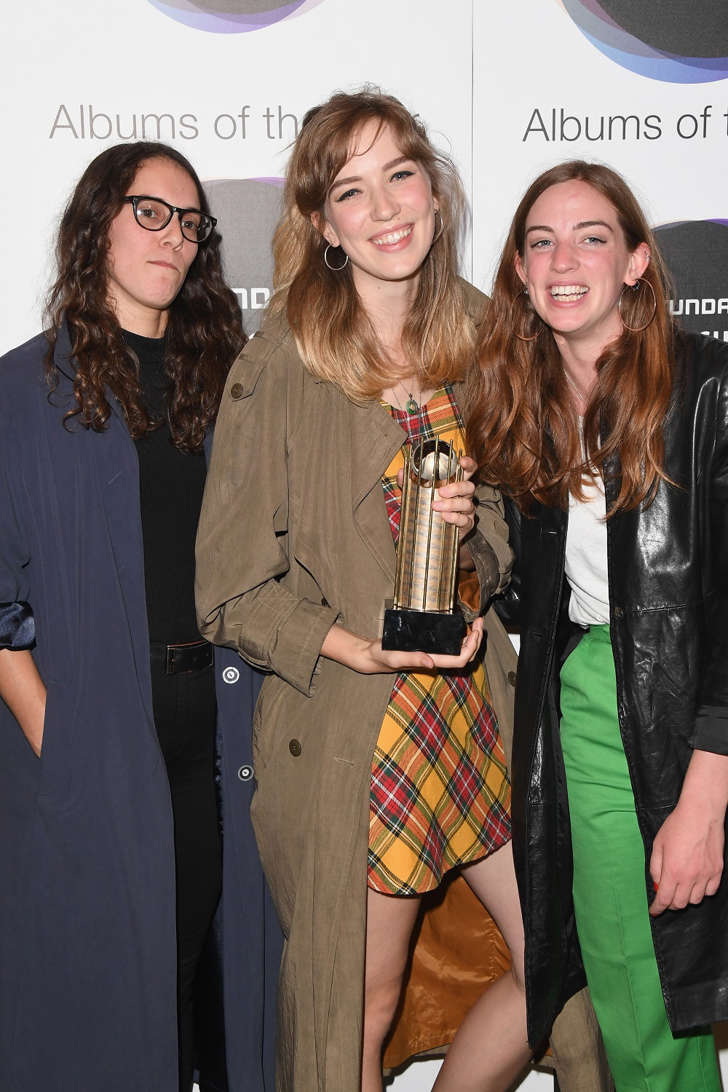 Sampha was one of five south London artists nominated for this year’s prize and is probably the most unassuming of all the nominees. Asked what he would do with the prize money he gave the most un-rock‘n‘roll answer it’s possible to give.

“Put it away? Save it up? Saving is always good.” How would he celebrate? “I just want to see my family and friends, have a couple of drinks.” 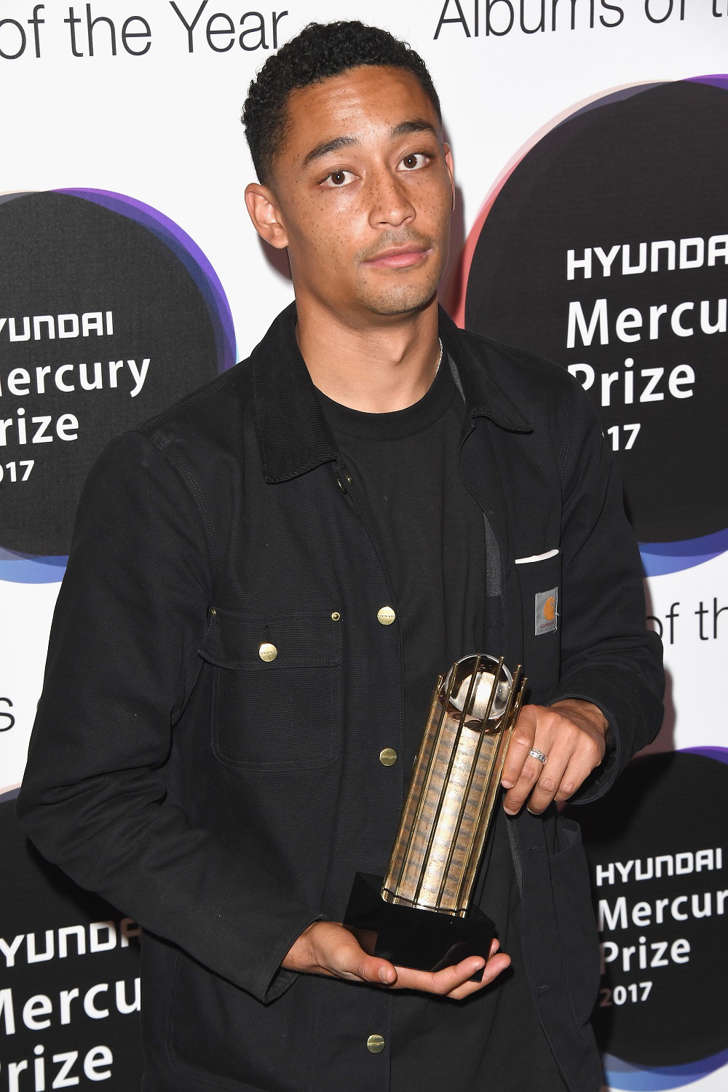 He said artists always struggled with self-esteem, so to win the Mercury “definitely does give you a boost”.

Sampha had been among the bookmakers’ favourites to win, up against artists including Kate Tempest, Stormzy, and Ed Sheeran who, with the best will in the world, no one expected to pick up the prize. Another debutant, J Hus, had been heavily tipped too. 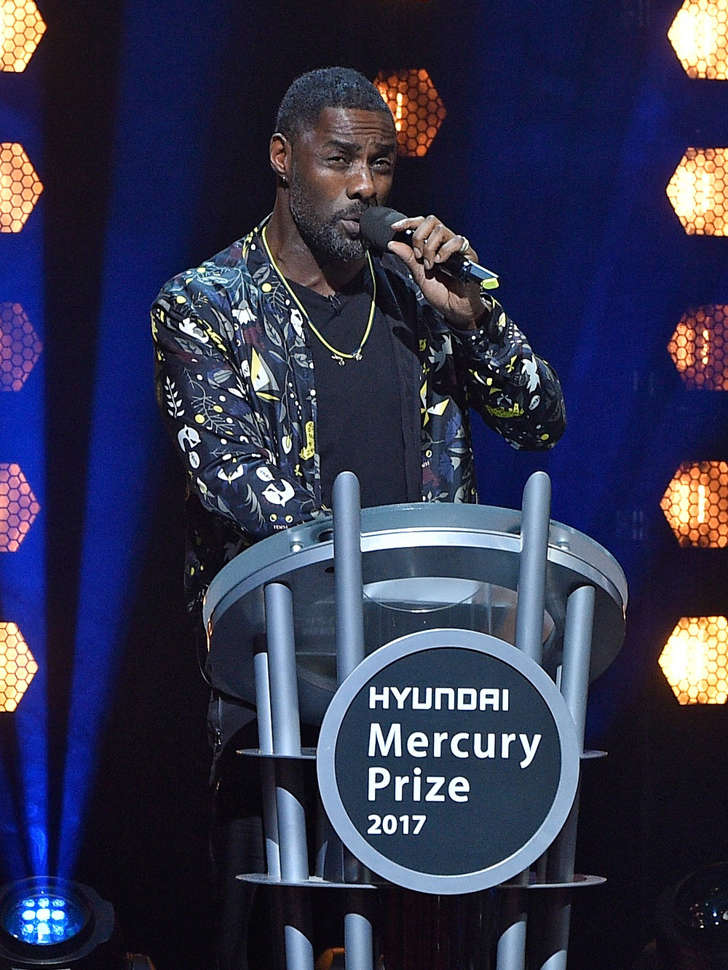 The actor Idris Elba gave Sampha his £25,000 prize at a ceremony with performances from the shortlisted artists at the Eventim Apollo in Hammersmith, London.

The long time favourite to win had been Tempest for her angry, melodic, state-of-the-nation album Let Them Eat Chaos. But it was not to be and Sampha’s victory continues the run of men winning the album award.

Since PJ Harvey won her second Mercury prize in 2011, the only artist to win two, it has been won by Alt-J, James Blake, Young Fathers, Benjamin Clementine and last year, Skepta. 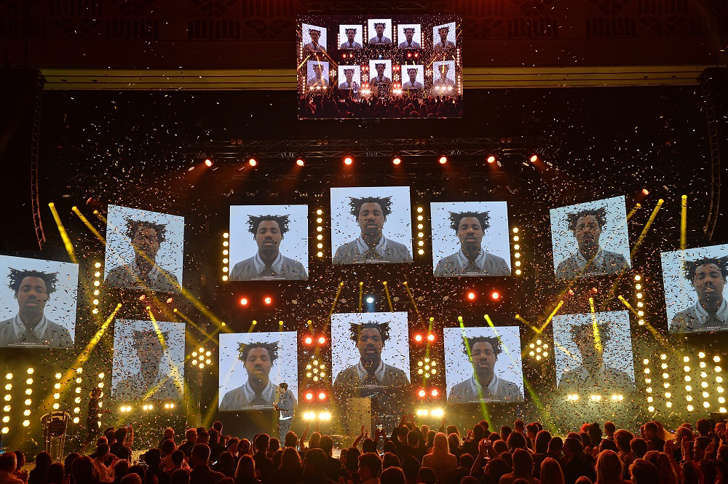 Alt-J were again nominated, for their album Relaxer, although it’s fair to say they did not hold out much hope of repeating the win.

Singer Joe Newman admitted before the ceremony that even his family were not optimistic. “My sister has put a bet on J Hus, which is reassuring,” he said.

If they were to win they would give the money to the mental health charity Mind, but they did not expect it. “There are a lot of great acts here and we’re just happy to be part of it really.” 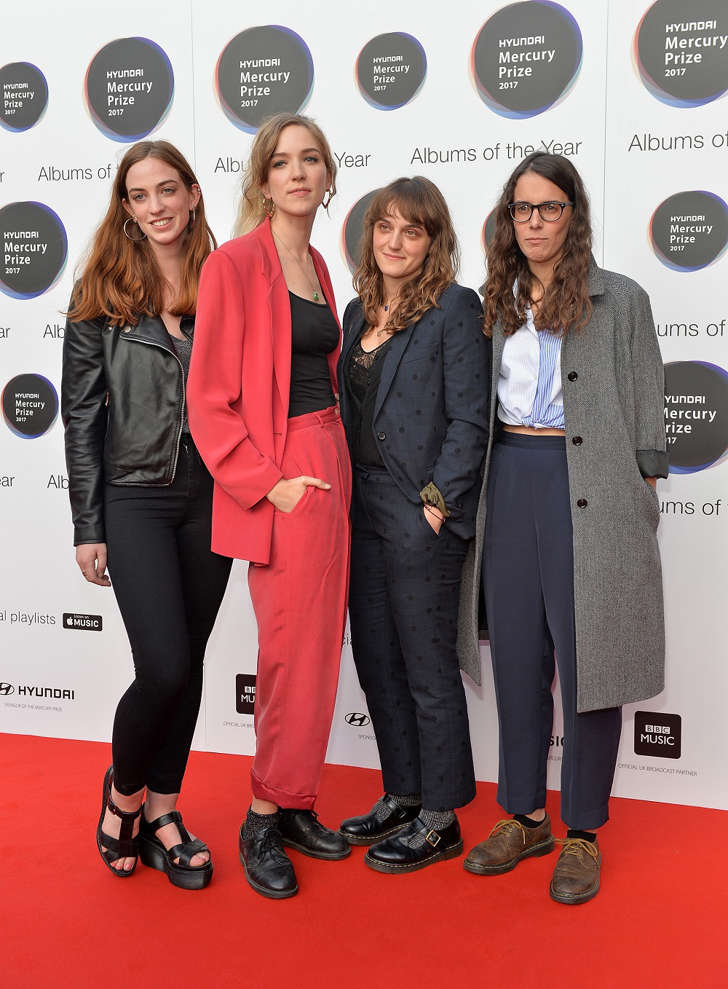 There was similar pessimism among the four former Oxford schoolfriends who make up Glass Animals, although at least singer Dave Bayley’s mum had put a bet on them winning – £5 at odds of 33-1, which was before a late flurry of betting propelled them to a price of 11/4.

Drummer Joe Seaward said: “It is very nice to be asked at all, I don’t think we’ve got that far down the road of thinking about winning. We’ve got a song to play.”

They were looking forward to the evening and then a 7am flight on Friday to the US to begin their tour. 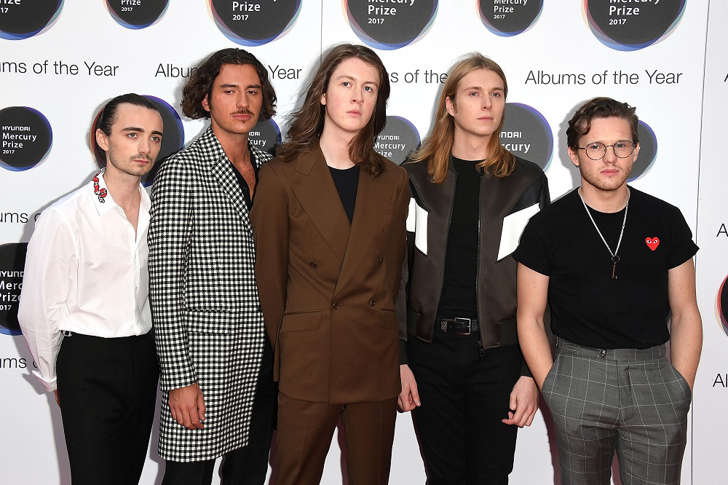 The prize is decided on the night by a panel of judges who this year consisted of musicians Ella Eyre, Jamie Cullum, Marcus Mumford and Lianne La Havas, the Guardian’s deputy music editor Harriet Gibsone, DJ MistaJam, critic Will Hodgkinson, Mojo and Q magazine editor-in-chief Phil Alexander, the head of music at Radio X, Mike Walsh, and the head of music at BBC 6Music and Radio 2, Jeff Smith.

How their discussions went will no doubt emerge, although Mumford gave a glimpse into the shortlist meeting, telling the BBC: “We were only allowed to talk about positive things. So I shut up quite a lot.”

Last year the judging panel were split between giving the award posthumously to David Bowie, or to Skepta for his album Konnichiwa. 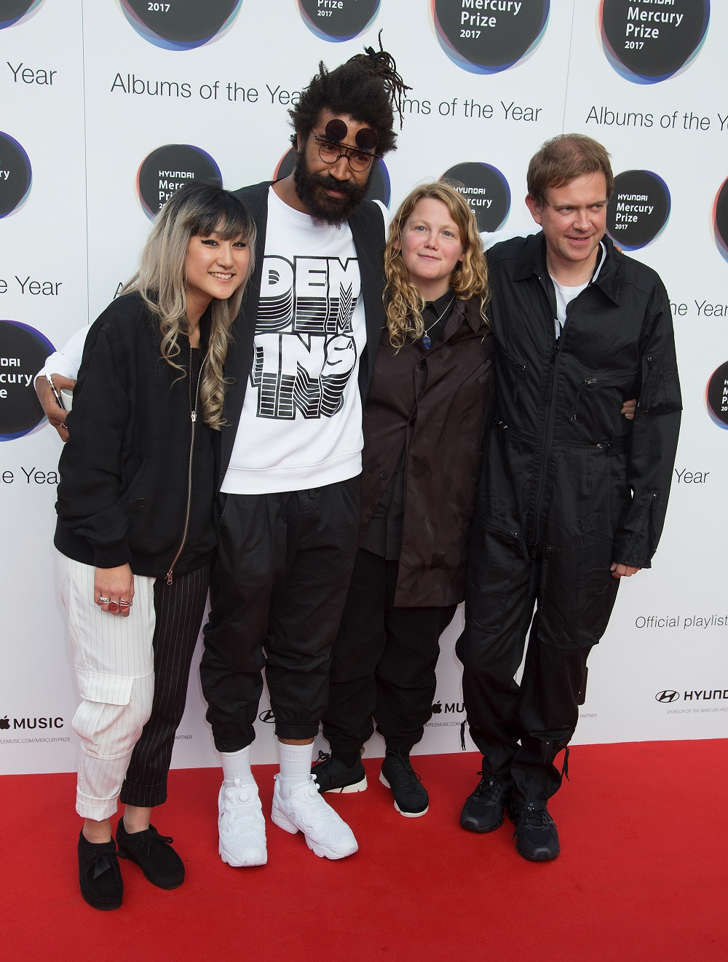 © London, England. (Photo by Jo Hale/Redferns) Kate Tempest and her Band attend The Hyundai Mercury Prize at Eventim Apollo on September 14, 2017 in

Whatever the merits of deciding the best album from such a diverse range of genres – jazz, folk, grime, indie rock, although as yet no death metal in the prize’s history – one thing is certain. It dramatically boosts sales.

In the case of jazz, trumpet-led Dinosaur, they rose by more than 38%, according to an analysis of Official Charts Company data. The average increase across the 12 albums was 15% in the six weeks between the shortlist announcement and last Friday’s chart.

The prize began in 1992, won by Primal Scream for Screamadelica. Since then it has been won by bands including Pulp, Gomez, Arctic Monkeys, Elbow, and solo artists including Talvin Singh, Ms Dynamite and Dizzee Rascal. 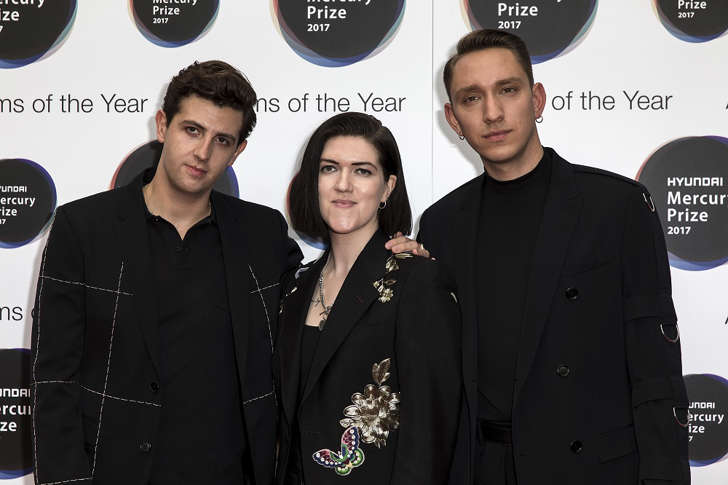 © (Photo by Grant Pollard/Invision/AP) Musicians from left, Jamie Smith, Romy Madley Croft, and Oliver Sim of the group ‘The XX’ pose for photographers on arrival at the Mercury Prize 2017 awards, in London, Thursday, Sept.14, 2017

The full list of this year’s nominees was Alt-J, Relaxer; Blossoms, Blossoms; Dinosaur, Together, As One; Ed Sheeran, ÷; Glass Animals, How to be a Human Being; J Hus, Common Sense; Kate Tempest, Let Them Eat Chaos; Loyle Carner, Yesterday’s Gone; Sampha, Process; Stormzy, Gang Signs & Prayer; The Big Moon, Love in the 4th Dimension; and the xx, I See You.

The culture secretary Karen Bradley said the Mercury prize reinforced the UK’s claim “to be the most exciting place for music in the world”.

She added: “Britain’s vibrant music scene contributes billions towards our economy, but it is also deeply engrained in our cultural DNA and loved by millions of people.”