The Meg release date: When does the Meg come out in cinema and on DVD ?

The Meg release date: When does the Meg come out in cinema and on DVD ?

The Meg is no match for Jason Statham, the renowned action hero who has battled his way out of countless death-defying situations.

Starring alongside Li Bingbing and Ruby Rose in The Meg, the movie features a pre-historic Megalodon as its resident monster-in-chief.

When does The Meg come out in cinema?

The Shark thriller is out in UK cinemas today, August 10.

For those who somehow missed the massive billboards of Jason Statham and the biggest shark you’ll ever see, The Meg is set to be an end-of-summer blockbuster.

You can watch the trailer right here at Express.co.uk.

The threat reveals itself when a deep-sea sub is attacked by the massive shark, a megalodon.

Thought to be extinct, the Meg as it is affectionately known has stranded the sub with its crew trapped inside. 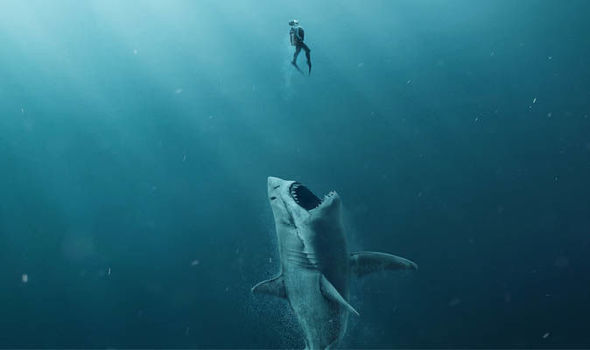 The Meg: The shark movie is released today in cinemas (Image: WB)

Deep-sea rescue diver Jonas Taylor is charged with saving the divers, the oceans, the world from the seemingly unstoppable prehistoric Shark monster.

The Meg is more than just a shark haphazardly making its way down the coast.

Instead, the trailer shows the Meg stalking its prey along a popular coastline with the kind of malice only a sentient monster could have.

When is The Meg on DVD?

Having only today received its theatrical release today, The Meg is a long way from at home viewing.

The archetypal beast movie is estimated to be released on DVD and Blu-ray sometime in November or December 2018.

Statham recently said in an interview that he went swimming with real sharks to prepare for his role.

Speaking with Entertainment Weekly, Statham said: “You know, it’s funny, because you get anxiety when you’re on the boat. But once you get in the ocean, things take a very different turn.

“You get very relaxed, and when you’re in their environment, it’s quite a tranquil sort of thing, the anxiety goes away completely.

“It’s remarkable to experience. All of the fear — or the perceived fear — is done in your own head before you get down there with them.

“Once you’re swimming down there with all the other divers, it’s phenomenal,” Statham said.

He added: “It’s one of the greatest experiences you could have, for me anyway. I’m a big SCUBA diver fanatic.

“Wherever I am in the world, if I get a chance to get in the ocean, I do.”