Tommy Lee’s ex-wife, Pamela Anderson, has released a statement after the rocker’s public fist-fight with their son, Brandon Lee. She claims alcoholism is to blame for the recent family struggles, but Lee denies having any problem.

As previously reported, Brandon allegedly punched Lee in his home after seeing a series of derogatory tweets he posted about his mother, Anderson. Police arrived to find the former Motley Crue rocker with a bloody lip claiming he’d been knocked out. Brandon, 21, has been cooperating with police since the incident. However, Lee has been taking to social media to tell his unfiltered side of the story.

“Him blaming his son or us for anything is delusional,” Anderson wrote in a lengthy statement on her website. “We have all tried to protect him and help him for too long. Hoping he’d look after himself better. I do not like to comment about this. But feel like it’s necessary because of Tommy’s ‘Trump style’ no thought out rampage on twitter and IG? This matter is ideally between just a father and a son – And rehab if the stars align. I will never talk to Tommy again before he is sober and in his right mind.”

Pamela Anderson speaks out about being molested by a babysitter, working with Harvey Weinstein 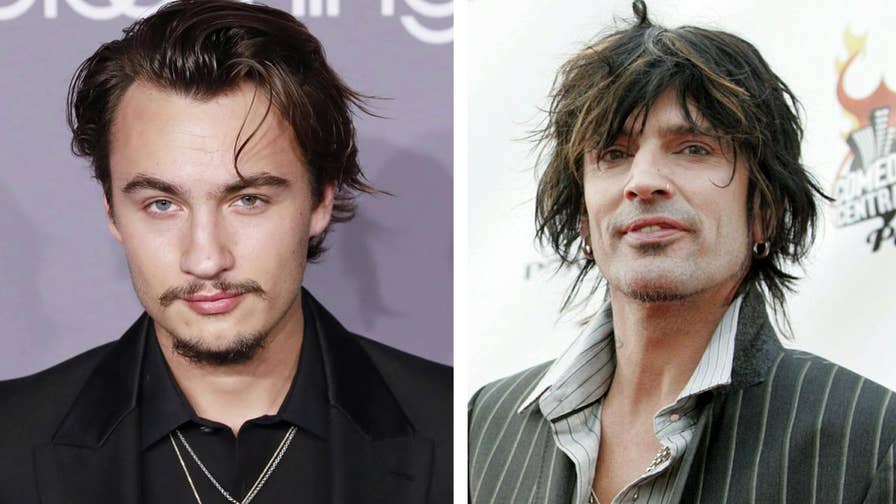 The model and actress noted that this is her first public statement on the matter, despite what’s been reported elsewhere. She says she’s staying in Paris for the time being at the request of her son, who she is confident will handle the legal process before him without incident. Together, Lee and Anderson share two sons, Brandon and Dylan. She also said that she is standing by her Brandon, who she claims was acting out of fear for his own life when he struck his father.

Meanwhile, she paints Lee as a person that’s been given every chance to seek recovery from a family that was attentive to his particular alleged alcoholic needs. She even went as far as to blame his new fiancee, social media star Brittany Furlan, for enabling his poor behavior.

“Jealous of his sons talent and beauty from the day they were born.He is sick. The definition of narcissist/sociopath – His fiancé keeps him drunk – this is what he wants – someone to behave badly with,” Anderson said. “It’s terrible and unfortunately he has made this private matter very public. I have always tried only to set record straight. Trying to paint him as not a bad guy. Just one who is human and made mistakes – He still cannot handle the guilt about his abusive behavior and has never taken responsibility for what he has done.”

Be with someone who looks at you like you're tacos ❤️?

Lee, However, finds the accusations about his alcoholism laughable, telling TMZ that his ex-wife’s comments are completely off base.

“Do I drink more than the average Joe? Yes. Have I ever hurt my sons or acted out of turn with them because of my drinking? No.” He told the outlet, “No matter how much people wanna pin me as this deviant alcoholic abuser, that isn’t me. I’m a happy fun loving guy.”