Appearing on ITV’s This Morning, the legendary footballer (38) spoke about his new biography, Thinking Out Loud: Love, Grief and Being Mum and Dad. The former Manchester United star lost his wife Rebecca to breast cancer in 2015 when she was just 34.

“I’m in a relationship and it’s going well,” he told Philip Schofield and Holly Willoughby. “I’m really happy now, the kids are very happy – the happiest they have been. My kids deserve to be happy, they’ve had tragedy in their life.”

Ferdinand said his children – Lorenz (11), Tate (nine) and Tia (six)  have been consulted throughout the entire relationship.

“They have to be part of that conversation so there’s not been any stage going into the relationship where they’ve not been involved,” he added

“Even in terms of the introducing, how do you want it to be done, basic stuff you’d take for granted – as long as they feel like they’re involved in that conversation, I think there’s a chance you can get to that place of happiness.” 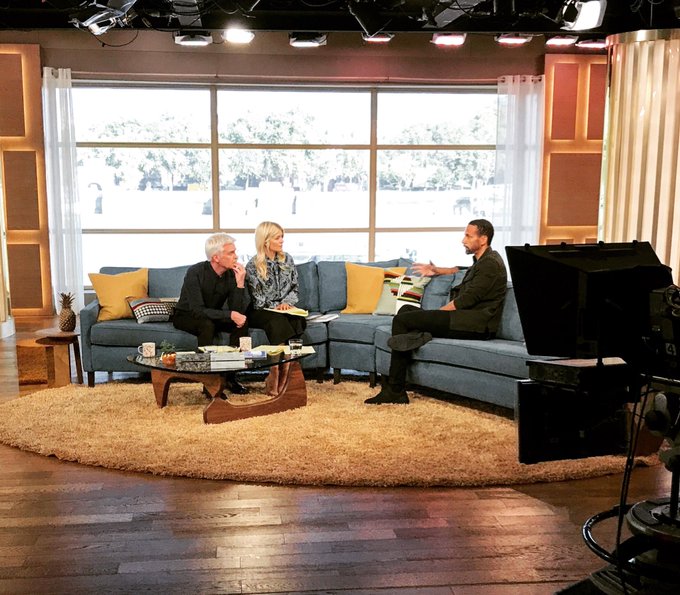 It was revealed last month that Wright quit the show and event cut ties with her agent as she prepared for a quiet life focusing on her boyfriend and his family. “I’m taking a step back from the public eye, I want to keep my life private as I lived my previous relationship on TOWIE, my priority right now is Rio and the family,” she told The Sun. The paper reports she will be ending all commercial partnerships with brands and pulling back on her social media activity, as well as cutting ties with her agent to ensure her intentions are taken seriously.

Ferdinand said that his new book looks to help people going through a similar experience. His mother Janice died in July this year following her own tragic cancer battle.

Is Harvey Weinstein Done in Hollywood?