Pop star Taylor Swift has won a key victory in her court battle with ex-radio DJ David Mueller, whom she claims groped her at a 2013 concert.

His claim was dismissed on Friday in a Denver court.

US District Judge William Martinez ruled that Ms Swift was not liable, as Mr Mueller had not proved she set out to get him fired.

The DJ made the same claims against the singer’s mother Andrea Swift, and her radio liaison, Frank Bell. A jury will now decide if they are accountable for Mr Mueller’s sacking.

Ms Swift, 27, has countersued the DJ for allegedly groping her after she agreed to pose for a photo with him and his girlfriend.

She is seeking a symbolic $1 in damages, which she has pledged to donate to charity.

The ruling against Mr Mueller came on the fifth day of the trial. 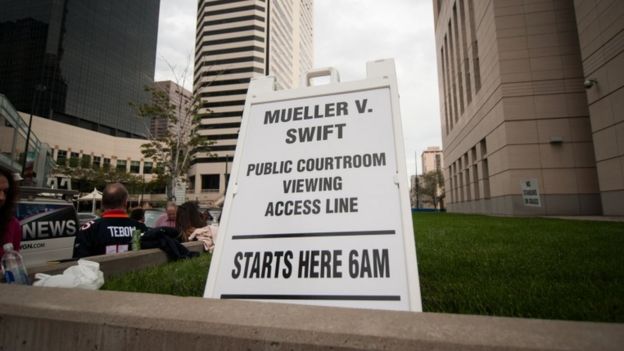 Ms Swift’s ex-bodyguard gave evidence on Friday, backing her sex assault claims by testifying that he saw the DJ reach under her skirt.

Greg Dent told the Colorado court he “did not see his hand touch her physically”, but “saw his hand under her skirt”.

The alleged assault is said to have occurred in 2013 during a Denver stopover on the singer’s Red tour.

Mr Mueller, then a host on the radio station KYGO, had been invited to meet her before the show.

Mr Dent, who no longer works for Ms Swift, told the court he was steps away when Mr Mueller posed with his girlfriend and the pop star.

“She reacted, pushed her skirt down and moved over closer to [Mr Mueller’s girlfriend]. So in my opinion, I knew he touched her,” he said. 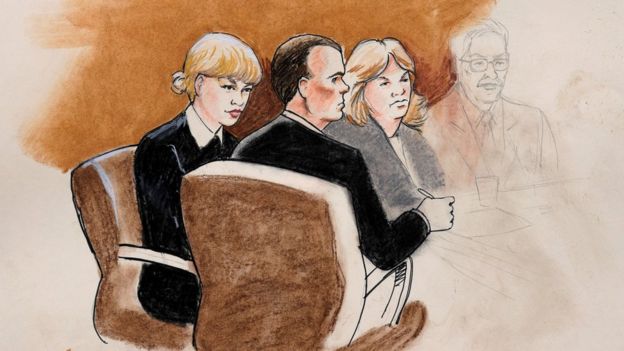 Mr Dent explained he did not act because “he didn’t sense danger after he touched her”, and Ms Swift did not signal that he should intervene.

The Shake It Off and I Knew You Were Trouble singer, however, later complained and Mr Dent confronted Mr Mueller at the event.

His testimony came a day after Ms Swift took the stand to describe the incident, calling it a “definite grab. A very long grab.”

When Mr Mueller’s lawyer, Gabriel McFarland, asked why her bodyguard did not interfere when the alleged incident happened, the pop star said: “No-one could have expected this to happen.

“It had never happened before. It was horrifying and shocking.” 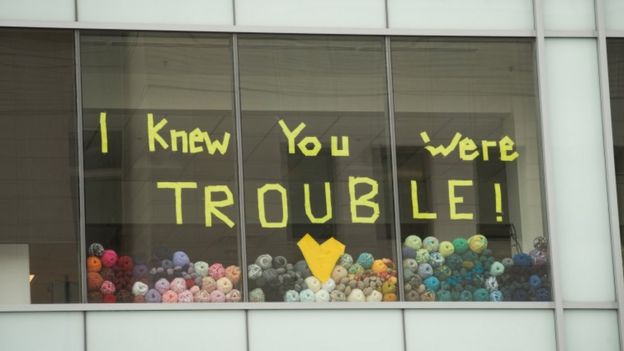 Mr Mueller’s ex-girlfriend who was also in the photo, Shannon Melcher, also testified on Friday.

She said she noticed nothing amiss during the brief meeting and that she and Mr Mueller were rudely escorted out of the arena later that evening.

Ms Melcher added that Mr Mueller was devastated by the allegations.

Mr Mueller’s former radio show co-host, Ryan Kliesch, testified that he did not know his former colleague to be disrespectful toward women.

He added when he heard the allegations, he “thought it was a joke”.