US singer Taylor Swift has described in court the moment she says she was groped by radio DJ David Mueller during a meet and greet.

“It was a definite grab. A very long grab,” said the 27-year-old, who is suing Mr Mueller, 55, over the alleged incident, which he denies.

“It was intentional,” she told the court in Denver, Colorado.

“I felt him grab on to my ass cheek under my skirt. He grabbed my ass underneath my skirt.”

The singer, who was responding to questions from Mr Mueller’s lawyer, added: “He stayed latched on to my bare ass cheek as I lurched away from him. [His hand] didn’t let go.

“It was a very shocking thing. I had never dealt with something like this before.” 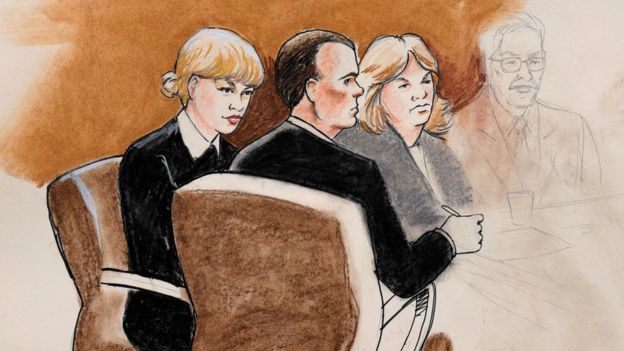 The alleged assault is said to have occurred in 2013, during a Denver stopover on Taylor Swift’s Red tour. Mr Mueller, then a host on the top-rated radio station KYGO, had been invited to meet her before the show.

Mr Mueller sued the singer, saying that Ms Swift’s allegation cost him his job. She countersued one month later, describing the groping incident as “completely intentional”.

When Mr Mueller’s lawyer, Gabriel McFarland, asked why her bodyguard did not interfere when the alleged incident happened, she said: “No-one could have expected this to happen… It had never happened before. It was horrifying and shocking.”

She also rejected the assumption that she misidentified Mr Mueller, saying: “I’m not going to allow you or your client to say I am to blame.” 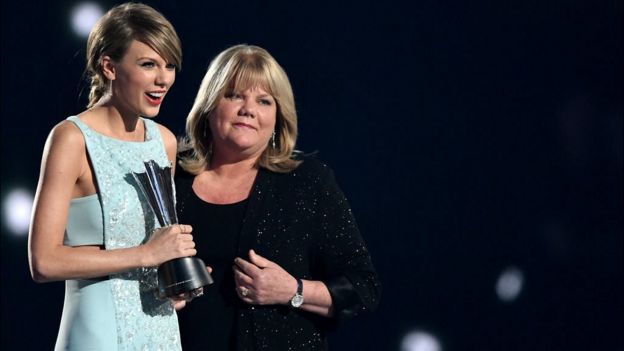 The 55-year-old denies any inappropriate behaviour. Earlier in court, when asked if he had grabbed her, he said: “No, I did not.”

Ms Swift took the stand the day after her mother gave her testimony and described how she wanted to “vomit and cry” when her daughter told her about the alleged incident.