Taylor Swift is the sweetest!

The 27-year-old singer sent flowers to the employees at Craftsy, a Denver, Colorado, company that posted supportive messages on their windows across from the courthouse during Swift’s groping trial.

“Thank you @taylorswift13! We’re so happy our messages brightened your day as much as your flowers brightened ours! ?,” the company tweeted on Tuesday, alongside a pic of the team with their flowers. 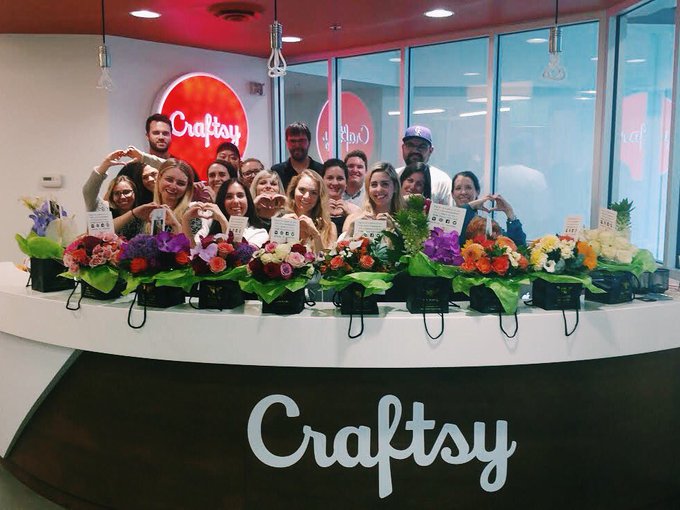 Thank you @taylorswift13! We’re so happy our messages brightened your day as much as your flowers brightened ours!

The employees would share Swift’s song lyrics like “I knew you were trouble” and “People throw rocks at things that shine,” as well as messages such as “Free Tay” on their building’s windows for all to see.

Last week, an eight-member jury found ex-radio host David Mueller liable of assault and battery for allegedly groping the singer during a meet and greet in Denver in 2013.Following Swift’s victory, the “Shake It Off” singer revealed her plan to help victims of sexual assault.

“I acknowledge the privilege that I benefit from in life, in society and in my ability to shoulder the enormous cost of defending myself in a trial like this,” she said in a statement. “My hope is to help those whose voices should also be heard. Therefore, I will be making donations in the near future to multiple organizations that help sexual assault victims defend themselves.”

Mueller, who denied the claims, filed a $3 million suit against Swift in September 2015, claiming she cost him his job and future career opportunities. The singer then countersued him for $1, accusing him of assault and battery.

In addition to finding that Swift’s mother, Andrea Swift, and her radio promotions director, Frank Bell, did not intentionally interfere with Mueller’s contract, the jury also ruled that Swift be awarded the symbolic dollar.