At a time when tensions are more heated than they have been in years, the border between the Koreas – one of the world’s most militarised – is about to be the scene of a pop concert.

Every year, South Korean pop stars perform right next to the Demilitarised Zone (DMZ), which splits the Korean peninsula, in a “peace concert”.

This year, it comes as North Korea is threatening to fire missiles towards the US territory of Guam, while the US president has threatened them with “fire and fury like the world has never seen”.

What happens in the concert?

There are two events – the first and more popular one is a Korean pop (or K-pop) extravaganza on the Saturday. It’s followed by a classical music concert on Sunday.

Though they are marketed as “DMZ Concerts”, they are obviously not held within the demilitarised zone, but at a tourist spot called Nuri Peace Park in the South Korean city of Paju, north of Seoul. 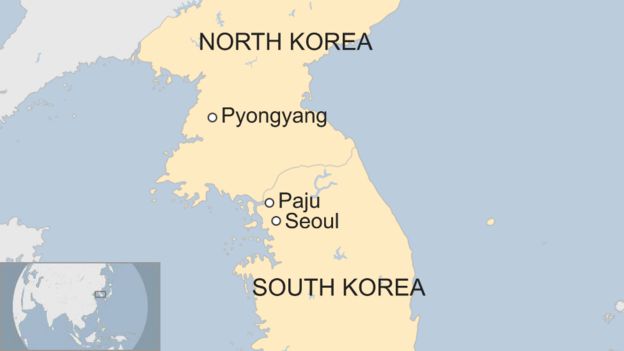 The free and public event is organised by South Korean broadcaster MBC, the Ministry of Unification – which promotes and prepares for potential future reunification of the Koreas – and local authorities. It will be broadcast later on national television.

This year’s K-pop concert is taglined “Again, Peace!” and will boast top acts like Girls Generation and BTOB. It is expected to draw thousands of fans.

Why hold concerts to promote peace?

It’s in part a celebration of National Liberation Day, a public holiday in both Koreas and a potent symbol of their shared history.

The date the show will be broadcast on TV – 15 August – marks the end of Japanese colonial rule on the Korean peninsula in 1945. The Korean War began a few years after that and ended in an armistice, so the two countries are still technically at war with each other.

The current series of concerts began in 2011, but back in 2000, the South tried to convince the North to hold a joint concert in Pyongyang as a cultural exchange. The plan fell through reportedly over a financial disagreement.

The organisers position the concerts as a way of encouraging the resolution of the Korean conflict through cultural exchange. 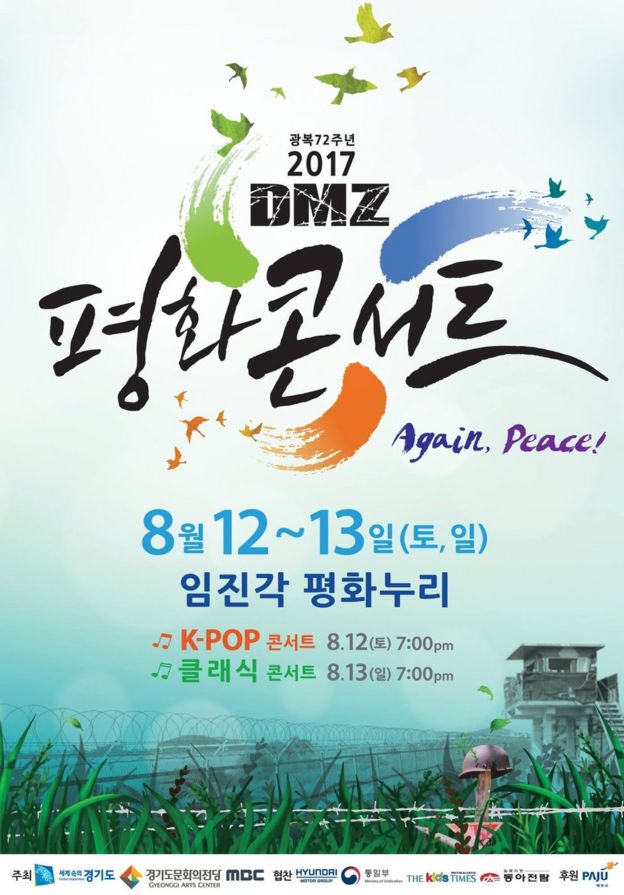 Hakjae Kim, an assistant professor at the Institute for Peace and Unification Studies at Seoul National University, says the South Korean government “wants to capitalise on the attractiveness of Korean pop culture”.

Korean acts are already hugely popular across Asia, and have an increasing following worldwide.

And despite their heavily controlled lives, many North Koreans are reportedly huge fans of South Korea’s music and other cultural imports such as soap operas, which are often smuggled in.

North Korean defectors have previously said that South Korean entertainment helped them learn the realities of life outside their country.

“This is the same as when Germany was divided into East and West,” says Prof Kim. “The people of East Germany longed for better lifestyle and higher quality of life of West Germany through their media experiences.”

Although given there is no involvement from North Korea and the concert will not be seen or heard there, some say it serves more to draw tourists to the area and generate revenue from the TV broadcast in South Korea.

The power of pop

Despite this talk of peace, the South is not averse to wielding K-pop as a weapon when relations get rocky.

It periodically blasts pop songs towards the North through gigantic loudspeakers placed along the border, as part of its propaganda efforts. 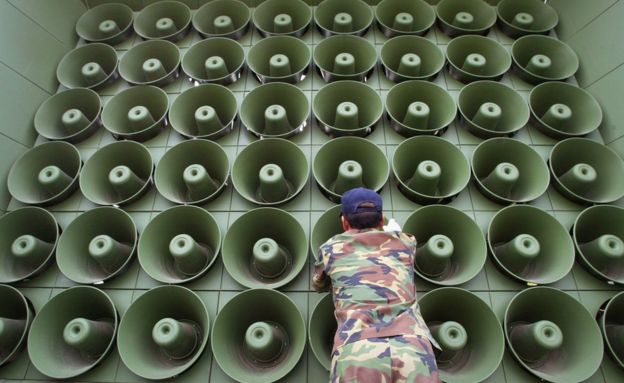 It is not known what Pyongyang thinks of the concert, but the government is clearly not a fan of K-pop – it has in the past declared the South’s “pop propaganda” broadcasts as acts of war.

“The North Korean government tries to block the outside world as much as possible, and it does not want the North Koreans to aspire to the South Korean society,” says Prof Kim.