The Michael Jackson Video Vanguard Award celebrates an artist’s contribution to pop culture and fashion, as well as music.

This year’s VMAs take place at the Forum in Inglewood, California on 27 August.

Here’s a quick look back at Pink’s career to date: 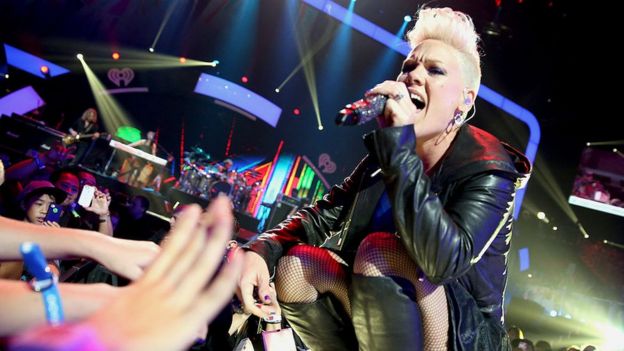 Image captionPink’s influence can been seen today in the likes of Kesha, Katy Perry and Lady Gaga

Pink’s 17 years in the industry have been filled with fierce pop songs and memorable music videos.

Since her debut in 2000, the singer has sold over 42 million albums worldwide.

In the UK alone, 18 of her singles have reached the top 10 (you can see why she had no trouble finding enough material to release a greatest hits album a few years back).

And her shiny new Vanguard Award will be far from lonely on the shelf as Pink is also the recipient of three Grammys, a Brit and three Billboard Music Awards. 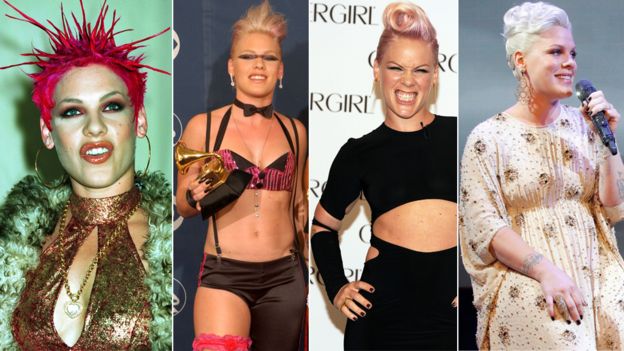 Image caption The singer’s style transformation over the years…

Aside from her musical range, Pink is also well known for her adventurous style, from her spiky fluorescent hair and pink-streaked dreadlocks to her skater cuts and platinum blonde quiffs.

In her earlier days, some called Pink’s style androgynous, but after her separation from her husband in 2008, a softer side of the singer emerged.

Nowadays we see Pink merging her edgy roots with a more grown-up and feminine twist. 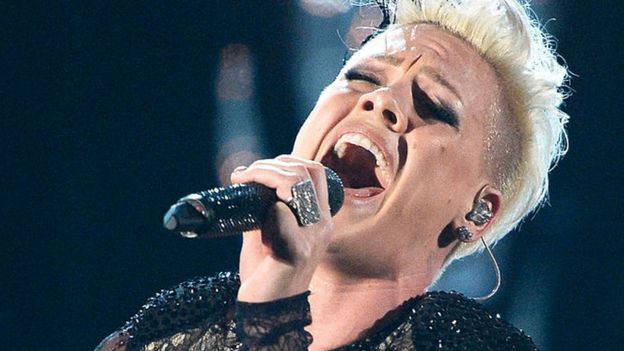 While Pink is better known for her pop-rock sound, she actually started out as an R&B singer… and a pretty good one too.

Her debut album Can’t Take Me Home was similar in style to the likes of TLC and Destiny’s Child, and her edgier image set her apart from the cookie-cutter pop stars.

Her second and third albums Missundaztood and Try This revealed a totally different side of the singer as she started to go in a rockier direction.

But Pink’s recent work has seen her settle into a more mature sound. 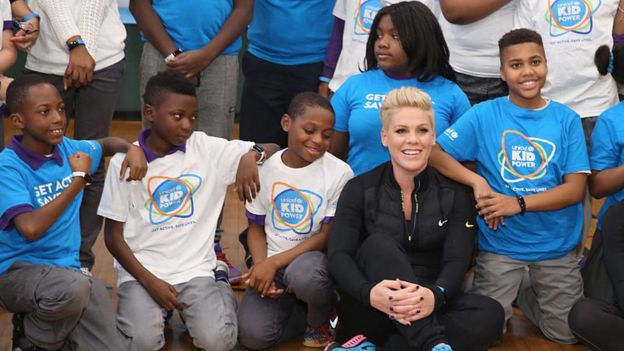 Known for speaking her mind and being totally fearless, the singer is an animal rights activist and a prominent campaigner for Peta.

She is also involved with several charities such as Save The Children and Unicef and is an official advocate for the RSPCA.

Pink has also been praised for speaking out on issues such as body image – most notably via her 2006 single Stupid Girls.

The track and its video were praised by many critics (and JK Rowling) for highlighting sexism and its positive message to young girls.