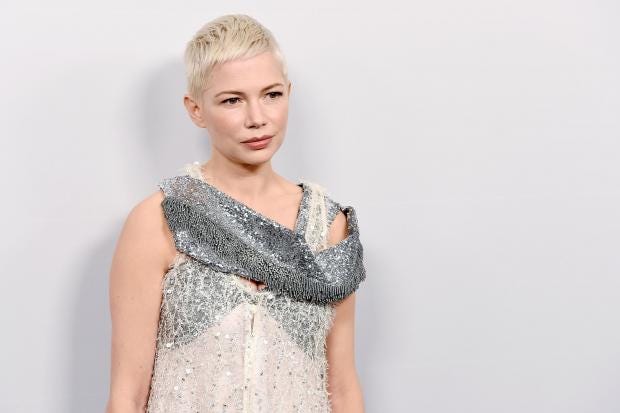 The public response to Hollywood abuse accusations risks “revictimising” the women involved, the actor Michelle Williams has said, as alleged perpetrators find themselves at the centre of the media spotlight.

Speaking to Harper’s Bazaar in the magazine’s February issue, on sale 1 January, the actor, star of Manchester by the Sea and Brokeback Mountain, worried that a constant focus on the abusers themselves risks women “being revictimised, because once again they’re [the perpetrators] the centre of attention. It’s still about them. Because at the heart of every predator is a narcissist. That’s the real pity of abuse: it doesn’t stop with the event; the abuser becomes the centre of things for a very long time.”

Williams recently reshot scenes for Ridley Scott’s All the Money in the World, after the director took the decision to cut Kevin Spacey from the film following the accusations against him. Spacey was replaced with Christopher Plummer, who played Captain von Trapp in The Sound of Music, a mere month before release.

Speaking about her own response to the accusations against Spacey, Harvey Weinstein – who both strongly deny any wrongdoing – and others, Williams said: “I think this has been a very moving time. I’ve had so many emotions.

“Every day seemed like such a long time. I’m checking my phone: what else is going on? It felt like the sky kept falling. Listen, it’s nothing compared to what people are going through who are the true victims of this situation, but it did put our world into constant flux.”

And on being told about reshooting Spacey’s scenes, she said: “They just came and asked me to do it, and I said, ‘I’m there’.

“I asked when the reshoot would be happening; and they said, ‘Thanksgiving…’, But you know, OK – I’m still there,” Williams said. “I’ve gone from feeling so dejected, and so sad that this piece of work was going to be categorised under ‘do not touch, radioactive material’ – to being so elated to be able to tell my daughter that… Captain von Trapp is going to save the day!”

Williams also added her belief that the election of Donald Trump “precipitated all these women coming forward. Because this is no longer something we are able to work with, to manage. This is unmanageable, and we can’t take it anymore. So I think that’s why all this is happening now. And so, if that’s what it took, then I’ll be grateful for it. For it feels like something big is happening.”