She is believed to have spent Christmas with her family in Rio De Janeiro, Brazil.

And Natalie Portman, 36, made the most of her time in the capital when she headed to the NiterÛi Contemporary Art Museum for culture on Friday.

The Oscar winner cradled her daughter Amalia in a baby carrier strapped to her front as she paraded her sensational figure in a loose fitted blue dress just 10 months after giving birth in February. 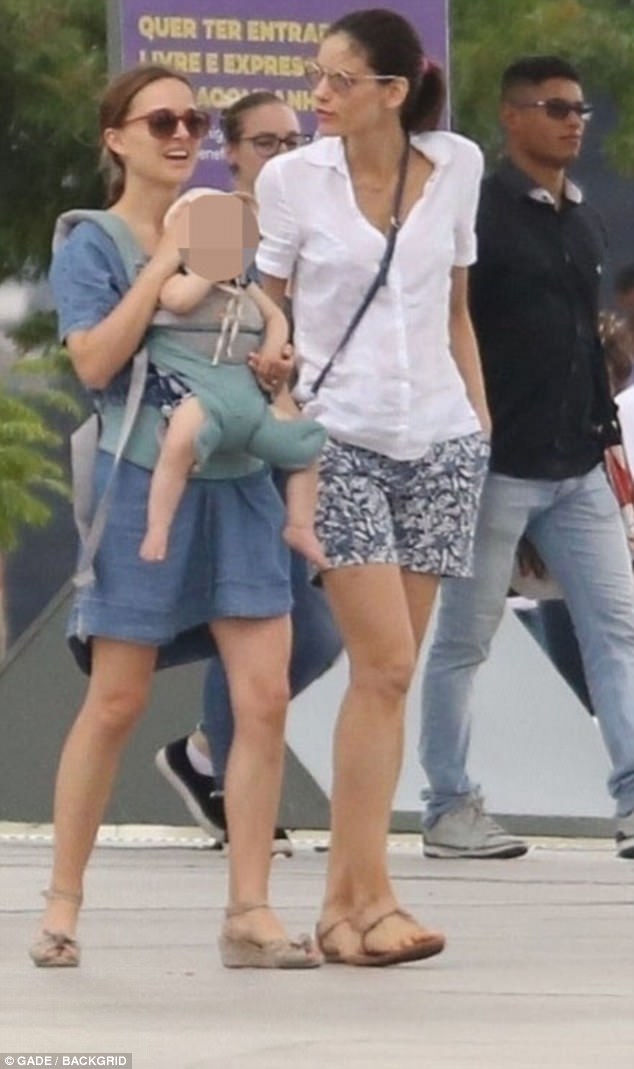 Mother-of-two Natalie looked every inch the loving and affectionate mother as she held her daughter’s hand on their walk.

The award-winning actress put on a very leggy display in the thigh-skimming garment which best showed off her glowing tan.

Dressed for the sweltering climate, the Black Swan star stepped out in platform sandals, pulled her brunette tresses into a low ponytail and she accessorised with tortoise sunglasses to keep cool in the heat. 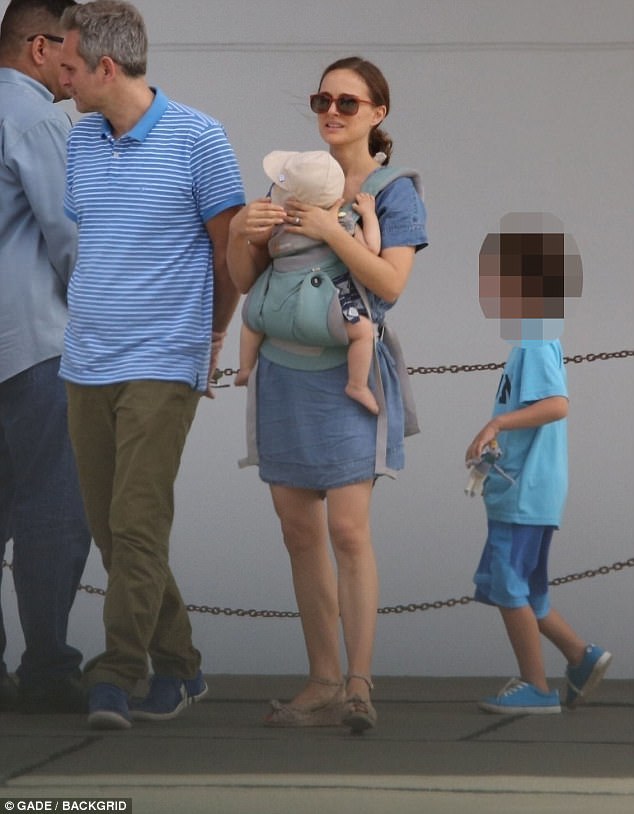 Proving inseparable: Mother-of-two Natalie looked every inch the doting mother as she affectionately held her daughter’s hand on their walk

No Strings Attached star Natalie fell madly in love with her husband Benjamin Millepied when they first met one another on the set of Black Swan in 2009.

She was playing the lead role in the chilling movie while Benjamin was tasked with choreographing the dances.

The Star Wars beauty confessed finding her husband was even better than winning an Oscar for her part as the tortured ballerina. 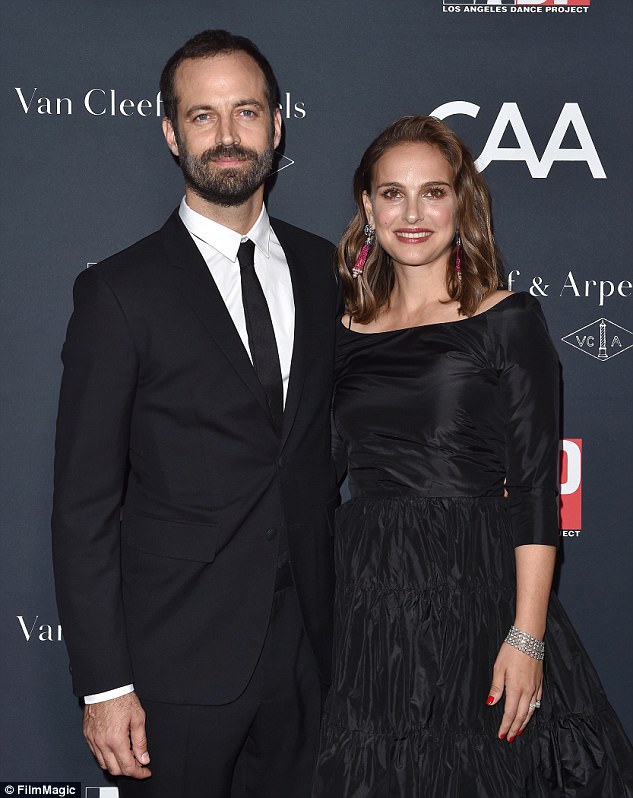 Festive break: She is believed to have spent Christmas with her family in Rio De Janeiro, Brazil (Natalie pictured with her husband Benjamin Millepied in October 2017, Los Angeles)

Speaking at a Q&A session at the Vulture Festival at the Hollywood Roosevelt Hotel in November, Natalie revealed: ‘I preferred finding the husband more. It was really special and making it was really wonderful and so fun. It was really incredible.’

The lovers tied the knot a Jewish ceremony in Big Sur, California in August 2012.

As well as Amalia, the pair raise their six-year-old son Aleph at their home in Los Angeles. 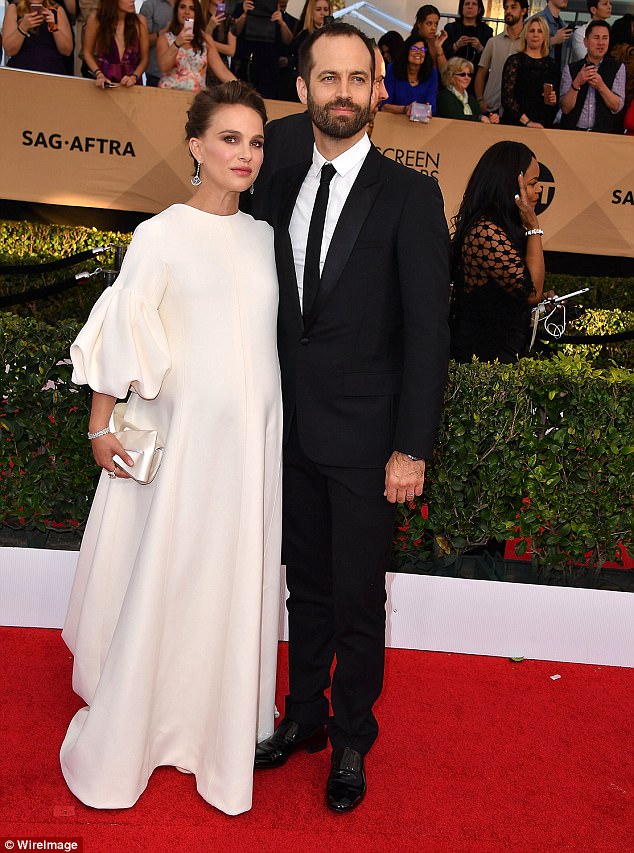 Parenthood! As well as Amalia, the pair raise their six-year-old son Aleph at their home in Los Angeles (Natalie and Benajmin pictured in January 2017, Los Angeles)

The actress has a string of academy awards tied to her name after her stellar performances in Hollywood films including 2004’s drama Closer and 2010’s thriller Black Swan.

Her latest movie Annihilation takes her character, a biologist called Lena, on a secret yet dangerous expedition to a region with strange occurrences.

The upcoming movie will be out in cinemas on February 23. 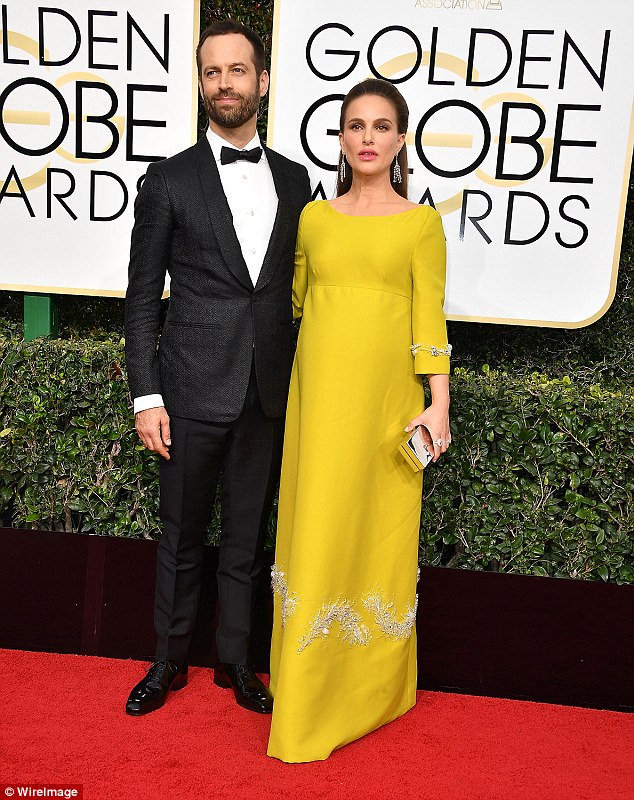 Going strong: Natalie fell madly in love with her husband (pictured in January 2017, California) when they first fixed their gaze on one another on the set of Black Swan in 2009

The 2017 Bad Manners Awards: Meghan Markle Makes The List For Walking Ahead Of Prince Harry & More