She was first reported to have bought the plush property in August.

But just three months later, Rihanna has already decided to sell her home in West Hollywood that boasts 2,651 square feet and a price tag of $2.85million.

The striking abode comes equipped with four bedrooms and four bathrooms, as well as its own private pool and luxury poolside cabana and guesthouse. 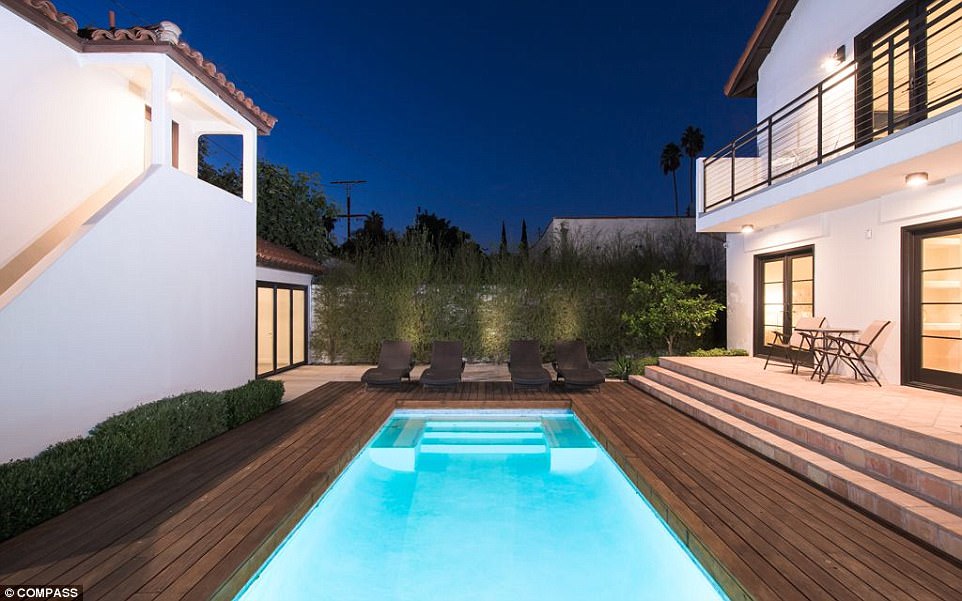 Rihanna’s two-storey house is concealed behind secured gates and hedges and boasts a modern feel, thanks to its neutral tones and modern decor that is present throughout its multiple rooms.

The main house comes complete with a spacious open kitchen that’s features include a white island breakfast bar, high-end appliances and a lounging area comprising of a large complementing sofa and flat-screen TV, as well as a long dining table to host a number of guests.

Glass doors open up to the garden that features a pool, surrounded by a wooden lounge deck and cabana, as well a guesthouse that includes an open outdoor dining and lounge area, a private bedroom suite and bathroom and a kitchenette. 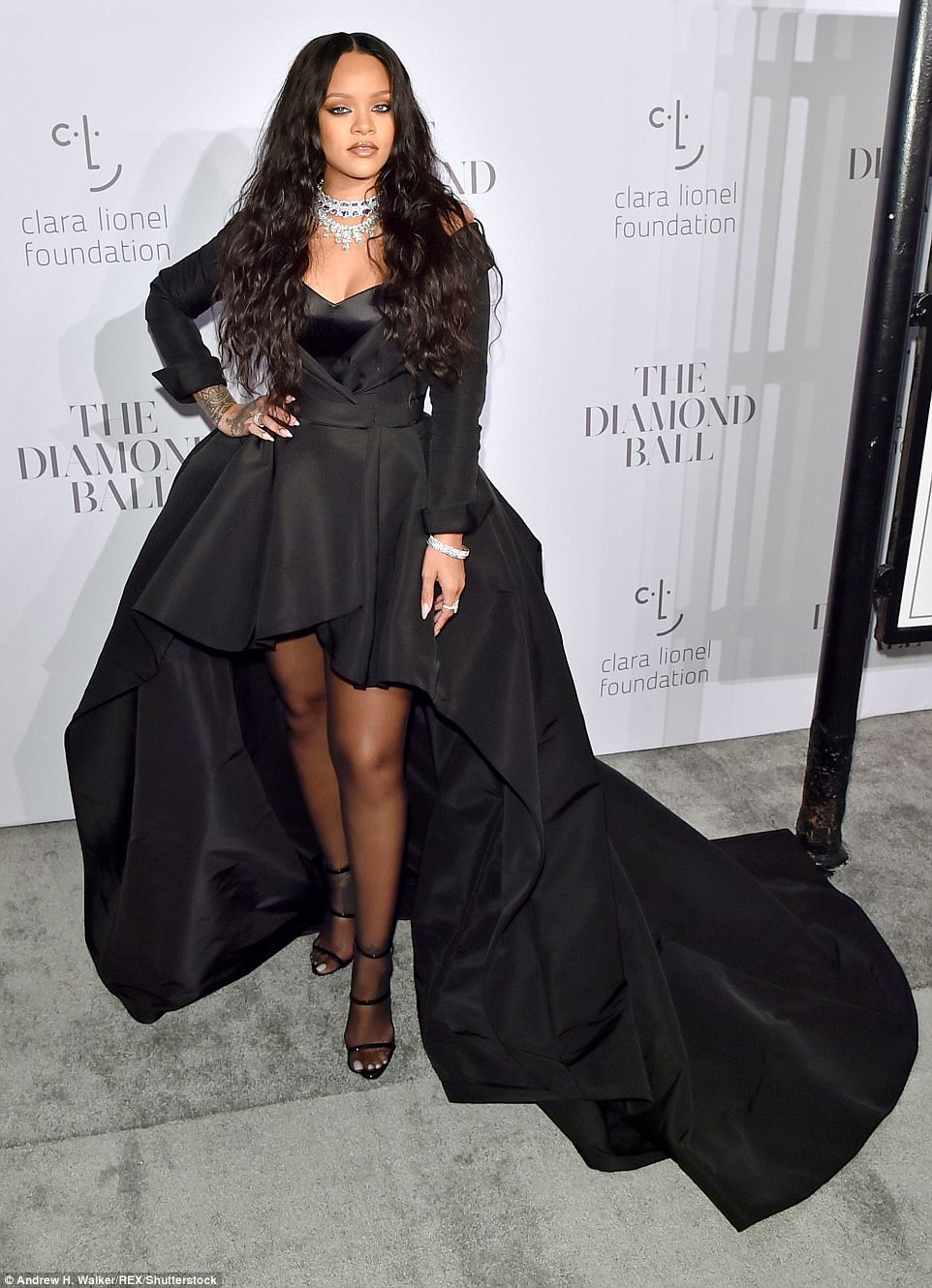 The house’s four bedrooms all come complete with en-suites and French doors, and every room appears to embrace a crisp and pristine white theme throughout – often accented by grey tones.

One of the upstairs room opens up onto a private balcony, with a walk-in closet listed as one of the house’s features, along with spa-inspired bathrooms.

Reports first revealed Rihanna had placed her property on the market at the beginning of November, just three months after she had initially purchased the place in August. 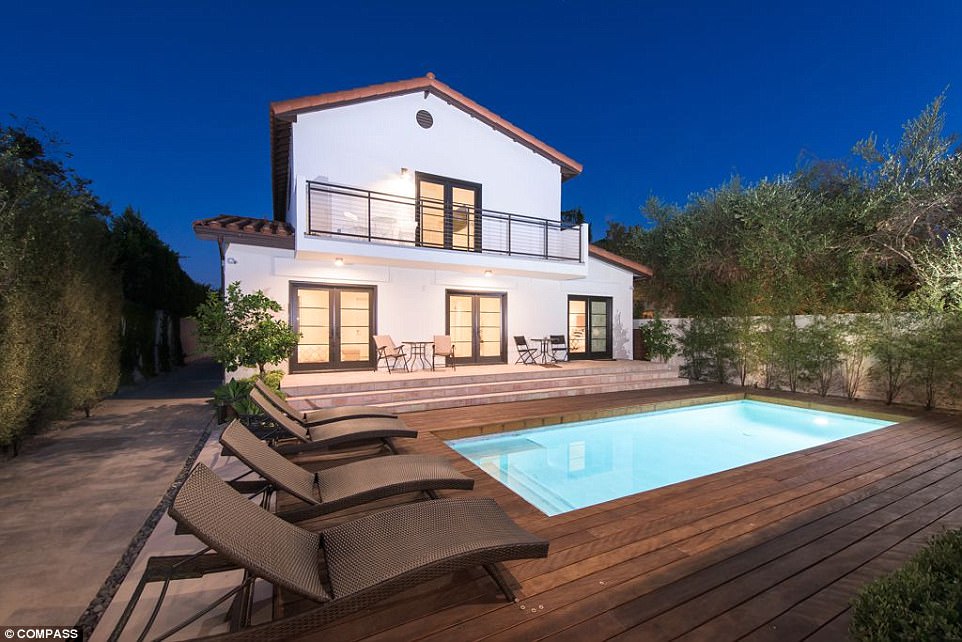 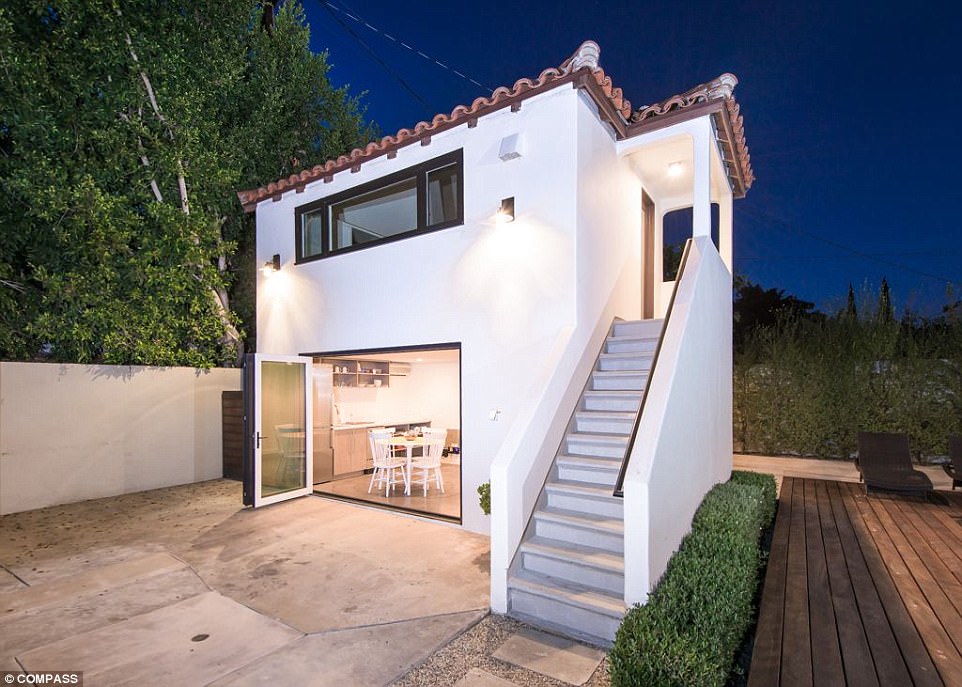 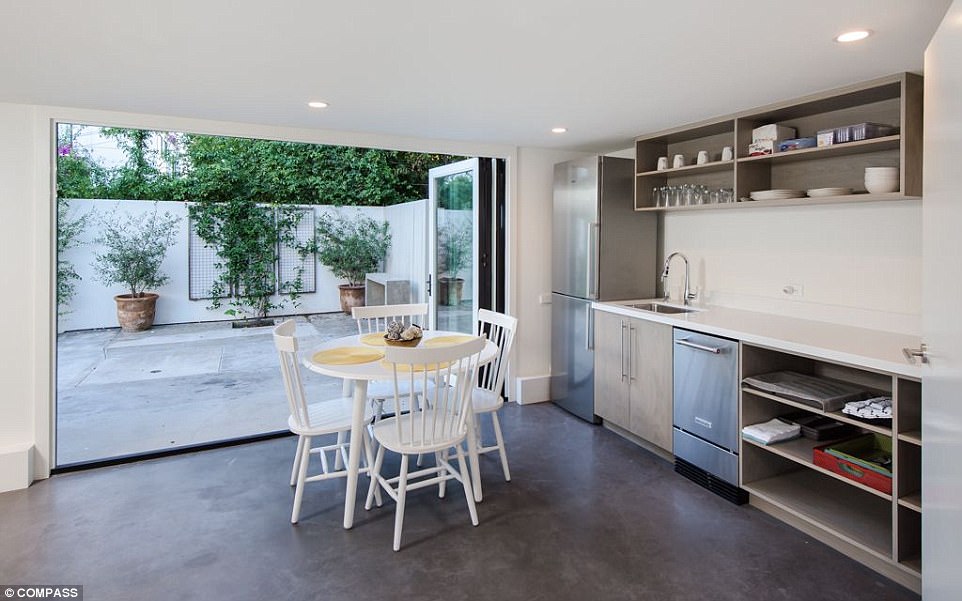 According to Variety, it’s believed she had snapped up the house for $2.75million – $100,000 less than the figure she is now selling for.

Rihanna also owns a six-bedroom and 10-bathroom mansion in the foothills above Hollywood worth a hefty $6.8million. The property includes an infinity pool, large outdoor spa, state-of-the art theater, gym, and parking for eight cars, with its decor not straying too far from that found in the property Rihanna is currently selling.

She is also the proud owner of two luxury condos; one $5.45million property in Century City tower and another, she purchased in 2016, that is smaller in size and is located in the Wilshire Corridor. 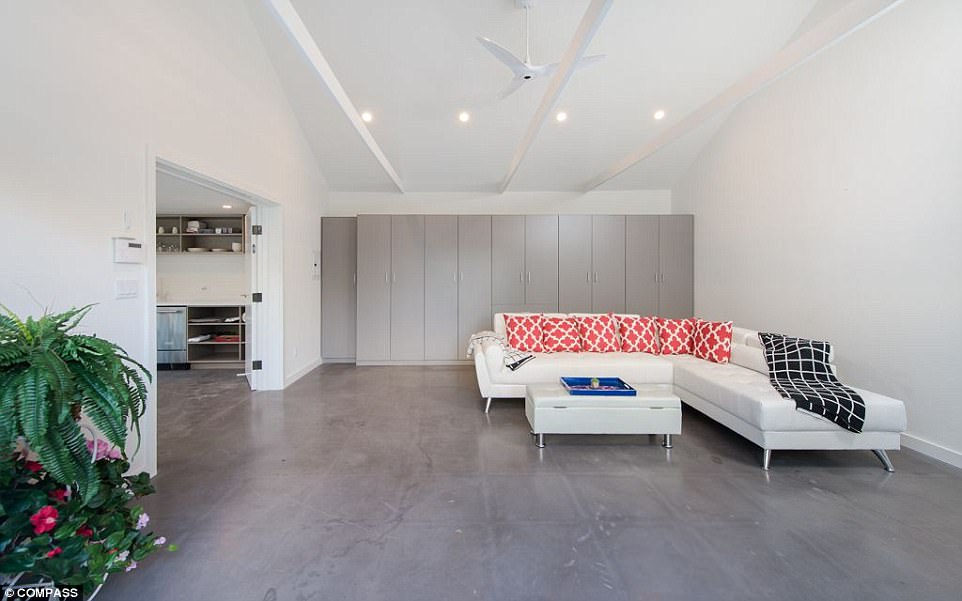 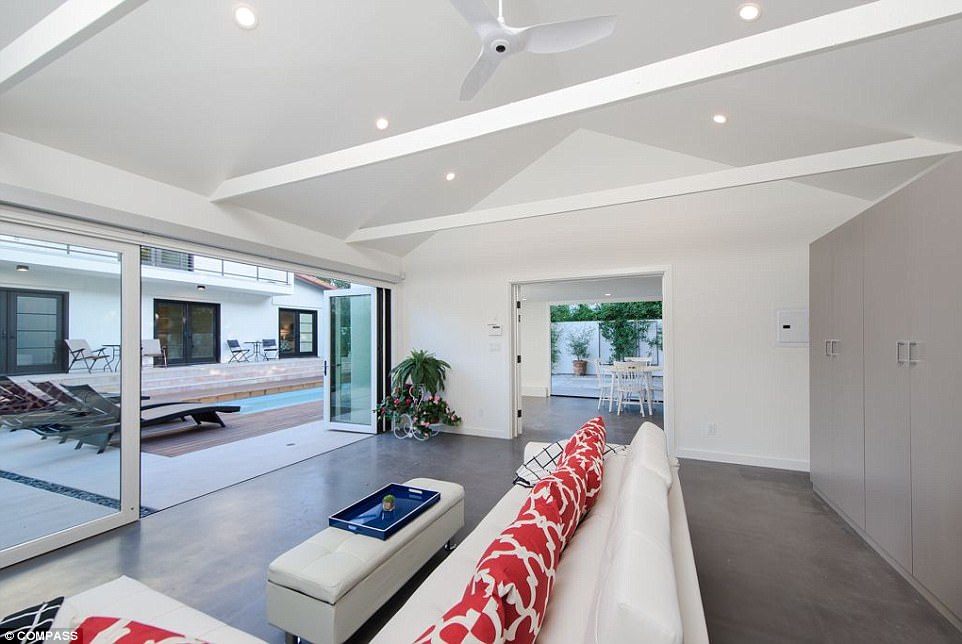 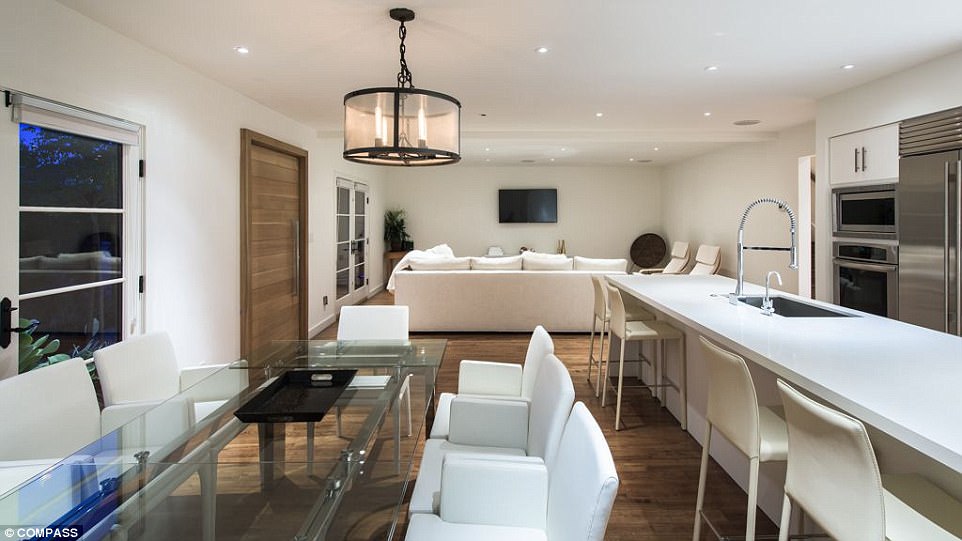 The We Found Love hit-maker had also rented a Chinatown penthouse in New York for the last four years for $50,000 per month, but it had been put on the market for a huge $17million in October.

Rihanna’s decision to sell her West Hollywood home comes as she has been spending time with her family in her native Barbados over the festive break. Her trip, however, was plagued by tragedy, as her cousin Tavon Kaiseen Alleyne, 21, was shot dead.

Tavon, who died in a hospital after being shot several times at close range on the street in the Eden Lodge area of St Michael’s on Christmas Eve. 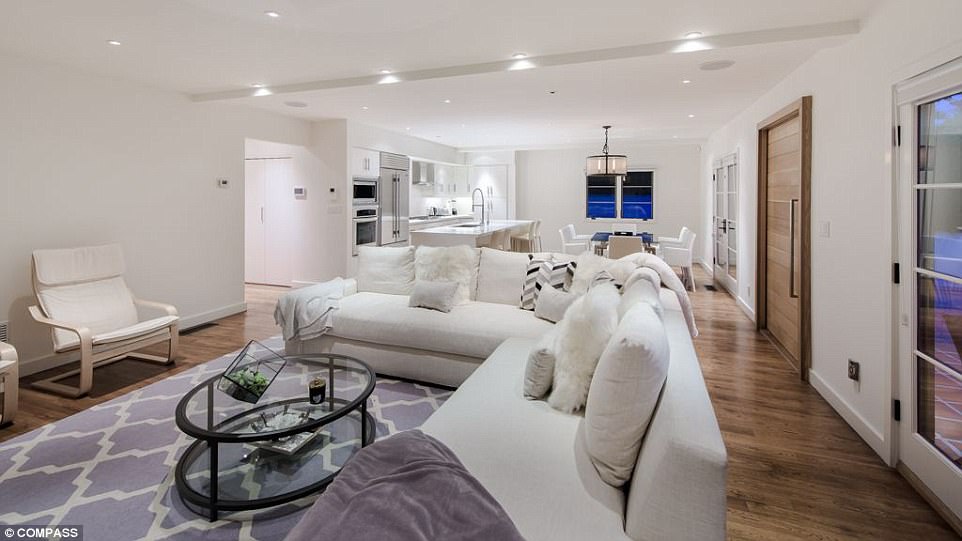 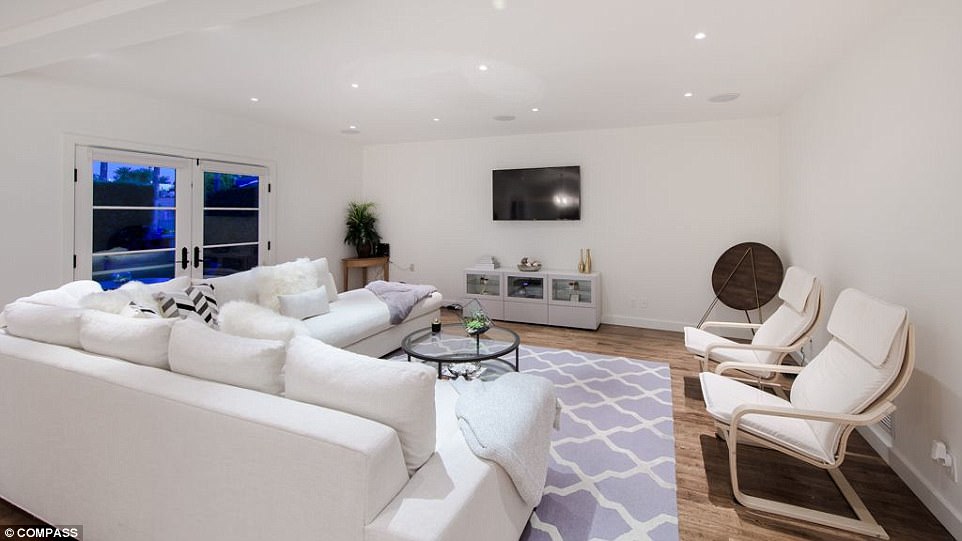 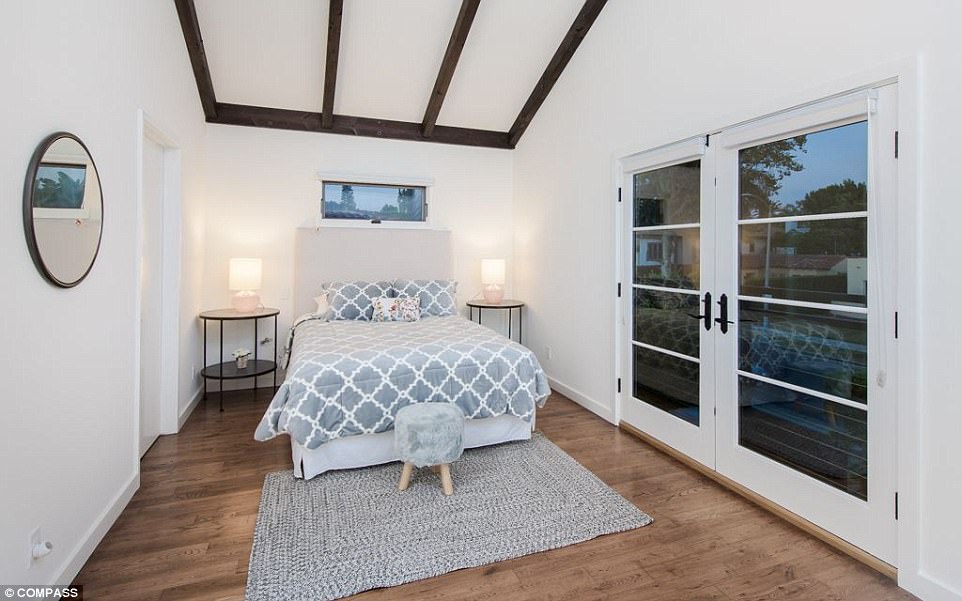 On Christmas Day, Rihanna, who is set to star in movie Ocean’s 8, penned a tribute to him via Instagram and called for an end to gun crime in a statement that read: ‘RIP cousin… can’t believe it was just last night that I held you in my arms

Rihanna, who saw her cousin on Christmas Day, called for an end to gun crime in an Instagram message.

‘RIP cousin… can’t believe it was just last night that I held you in my arms!’ the heartbroken Wild Thoughts singer wrote to her 59 million Instagram followers. ‘Never thought that would be the last time I felt the warmth in your body!!! Love you always man!’

In posts that followed in the days after Christmas, Rihanna was seen toasting to her relative alongside family and friends.

She appeared to be without her rumoured new beau and Saudi heir Hassan Jameel. The duo were first romantically linked in June last year.