President Donald Trump is gaining ground on possible Democratic competition for the 2020 election, but according to a new survey, one unlikely candidate stands the best chance of beating the POTUS to the Oval Office — Oprah Winfrey.

Even though Winfrey has denied she’s interested in becoming the commander-in-chief, a poll released Friday by Zogby Analytics shows that Winfrey is the Democrats’ best chance for a White House win, with 53 percent of likely voters checking her name at the ballot box compared to 47 percent for Trump in a head-to-head matchup.

Jane Fonda under arrest again, in US climate protest

According to Zogby, in January, Biden beat the president in polls 53 percent to 38 percent. But his lead has narrowed, with 48 percent how choosing Biden and 38 percent selecting Trump (the rest are undecided).

On the flip side, former first lady Michelle Obama’s lead over Trump from January to the present has increased 2 percentage points. (She would now win 48 percent to 39 percent.)

Sen. Bernie Sanders would also beat Trump 48 percent to 39 percent, according to the Zogby poll, while rising-star Democratic senators Cory Booker and Kamala Harris didn’t bode as well in head-to-head competition with the POTUS.

See the chart below for the details. 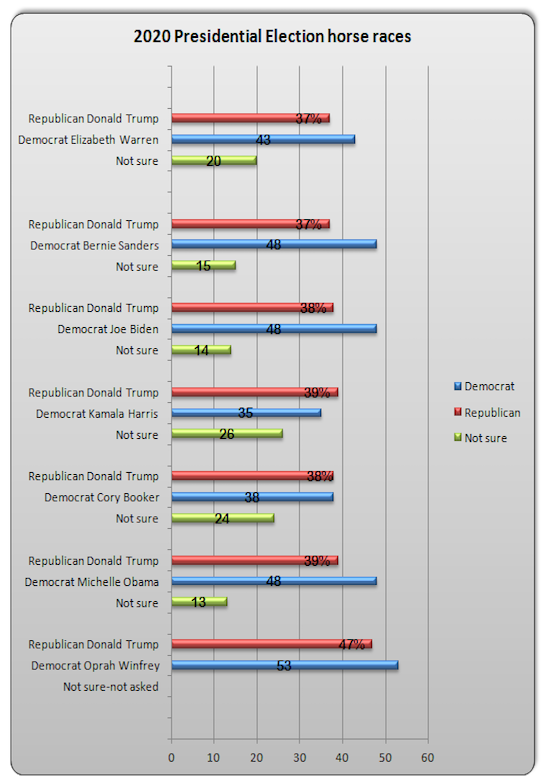