The Children Act, written by Ian McEwan from his novel and directed by Sir Richard Eyre, centres on the moral dilemma faced by judge Fiona Maye, played by Emma Thompson.

In the Family Court, she is called to adjudicate in the case of Adam Henry (Fionn Whitehead), an almost-18-year-old Jehovah’s Witness who is refusing a blood transfusion even though he will die from leukaemia without it.

To add to her troubles, her husband Jack (Stanley Tucci) bluntly tells her he wants to have an affair, as Fiona’s devotion to her legal duties has led their marriage into a sexless dead-end.

Emma Thompson: Harvey Weinstein Is Not a Sex Addict, “He’s a Predator”

They do not have children and the emotions are raised when Fiona visits Adam in hospital to assess his case.

She develops a bond with him, talking about poetry and music and religion, raising a moral dilemma that makes the film hugely involving.

When asked why such a spark develops between them, Fionn (most recently seen as Tommy in Dunkirk) says: “She opens up a world of possibilities. Because he comes from a sheltered home, everything she shows him is an awakening moment and he develops a fascination with an alien world he’s not been a part of before.”

Emma Thompson adds: “And also that she really listens to him and takes him seriously. Moments like that have a huge effect on you and you think your opinions and the things you say might be of worth – and that’s massively important.

“Also, I think Fiona expects to find a child who has been sheltered and perhaps not very well educated; not very imaginative and perhaps a bit dull.

“Instead, she’s blown away by this flame of life she finds and he turns her life around by asking very direct and difficult questions which she has no choice but to answer. That scene in the hospital is a pivotal one in the film, as Adam transfers a lot of stuff on to Fiona. She also feels a parental emotion. Men and women, whether they are parents or not, have parental feelings and this is one of the things he has inspired in her.” 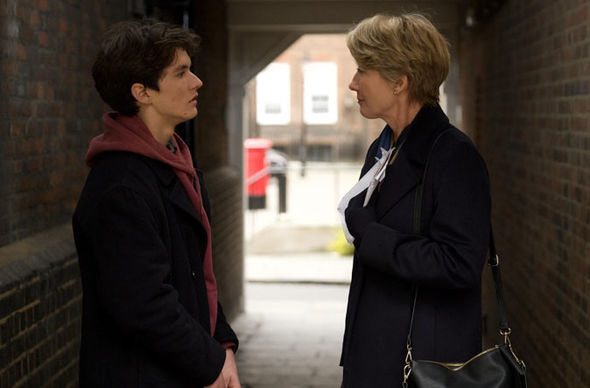 Fionn Whitehead and Emma Thompson star in The Children Act (Image: Entertainment One)

Emma too is pivotal to The Children Act in many ways. Says director Richard Eyre: “We couldn’t have made it, artistically or financially, without her, so either way you look at it she’s essential to the movie.

“I spent a lot of time with Emma and Fionn before we started shooting so we would all get to know each other very, very well. She was wonderful with him; bringing him out and, given that the only film he’d done before was Dunkirk where he spent most of the film underwater and didn’t have much to say, he handled it with great poise.

“Fionn was the first actor we saw for the role and we completely fell in love with him. Rather dutifully, we saw another 10 but we had this luminous memory of Fionn.

He is a natural and so wonderful-looking and vulnerable but very self-possessed and intelligent; and absolutely without any kind of vanity. He and Emma adore each other.”

Eyre has known Emma Thompson for a long time and recently directed her in the BBC’s King Lear starring Sir Anthony Hopkins, with Emma as his scheming daughter Goneril. “She is quite remarkably generous and a great figure to have at the centre of a film set,” says Eyre. “All the crew love her, rightly, and admire her and it makes for a very constructive attitude on set.

“She’s very good at jokes and she’s not unlike Judi Dench in that respect,” he says, referring to the actress he directed in Iris and Notes On A Scandal. “Judi is a wonderful presence on set; makes everybody feel good, makes everybody laugh and then switches with such concentration into the work without any kind of visible seam between the lightness prior to settling down into work.”

The Children Act carries a huge emotional punch, made the greater when Ian McEwan explains that his novel was based on a real case worked on by his friend Sir Alan Ward when he was working as a judge in the Family Division.

“He presided over a case of a teenage Jehovah’s Witness boy,” McEwan explained. “He went to the boy’s bedside, they talked about football non-stop and he ruled the hospital could treat against the boy’s will. 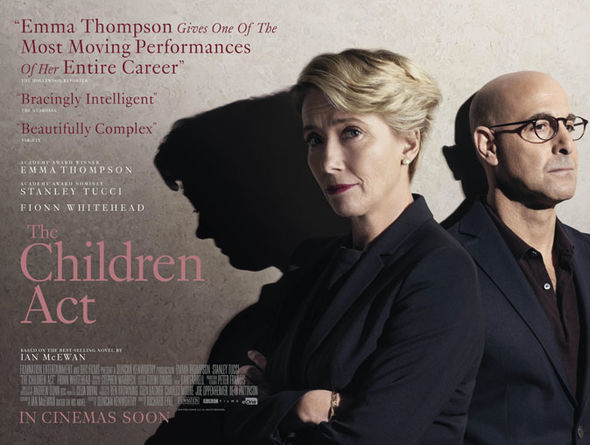 The Children Act carries a huge emotional punch, made vivid by it being based on a true story (Image: Entertainment One)

“After the boy made a good recovery he took him to a Manchester United football match and the boy met all his stars. Seven or eight years later Alan saw in a footnote that the boy, then in his 20s, got ill again; went back to hospital and had died there, refusing the transfusion.

“Alan told me this story while we were waiting for a concert to begin and I thought, ‘This is a gift, I’m hearing a short novel’. It rarely happens like that.”

The team behind The Children Act met members of the judiciary who pointed out the family courts are where the most agonising parts of the law are played out. Eyre remembers: “One judge said, ‘Every single case we are dealing with contains pain, whether it’s custody, divorce or cruelty’.

“Nobody comes into the courts for a laugh, or who have committed a crime and are hoping to get away with it. People are constantly dealing with pain, not in the detached way a surgeon would but by looking at two sides in court; on one side in agony, and on the other side… in agony.”

In these immoral times, it’s refreshing to find a movie that makes viewers consider their morals; one that is deeply moving.

And one that doesn’t feature anyone with superpowers, wearing Lycra.