Will there be another season of The 100?

Fans will be pleased to hear that The 100 has been recommissioned for a sixth season.

The CW made the announcement back in May.

As season five comes to an end this week, viewers of the hugely popular young adult sci-fi drama can look forward to another run.

How Sabrina Should Crossover With Riverdale According to Showrunner

Charmed Reboot Poster Draws on the Power of Three

President of The CW Mark Pedowitz has even said that there are plans for a potential seventh season in the works.

Speaking at the Winter Television Critics Association press tour earlier this year he said: “He [Executive producer Jason Rothernberg] may have a six or seven-year plan to it.

“I don’t know if I’m allowed to even say that, that he has a plan beyond year five, but he does.”

Although no concrete release date has been announced, and likely won’t be announced for a few months, The 100 season six is expected to come out next spring.

The series typically kicks off in January or February but this year it came out in April.

So it will more than likely be back sometime in between January and May 2019.

The season five finale, titled Damocles Part 2, will air on The CW in the US on August 7.

Channel 4’s E4 will then broadcast the episode in the UK on Wednesday, August 8 at 9pm. 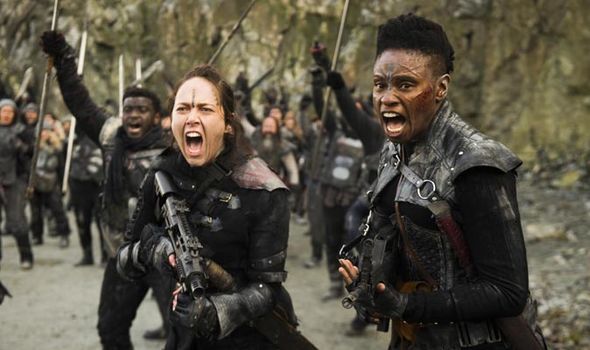 It’s still early days and a lot depends on what will happen in this week’s season five finale.

However, fans can look forward to more of the big twists and dramatic plot lines that the show is known for.

Executive producer Jason Rothenberg says he has a “whole new adventure” in mind for the future of the show.

Speaking to EW he said: “I did have an end point in mind, and that end point has been reached, and yet we broke a whole new story wide open.

“When this season comes to an end, it sets up a whole new adventure in a way that surprised me.”

“So as long as we’re blessed enough to make it… I think the twist at the end of this season is bigger than anything we’ve done in the past, let’s put it that way. It could set us up for a long run.”

The series is loosely based on the YA novels of the same name by Kass Morgan. 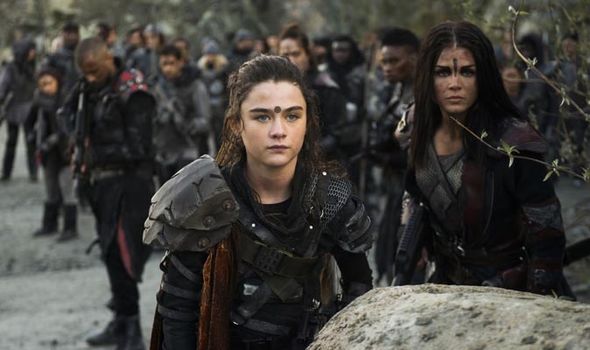 The season 5 finale is airing this week (Image: Channel 4)

Season six is expected to continue to draw some inspiration from the books.

However, there was a massive time jump between seasons four and five which proved popular with fans, so perhaps producers will accelerate time again for the forthcoming instalments.

So the show could end up going in a totally different direction for the sixth season and beyond.

Not yet as season five is just ending.

Filming has yet to begin for season six but it is due to start soon now that the new series has been green-lit.

We will update this article with a season six trailer as soon as it drops.